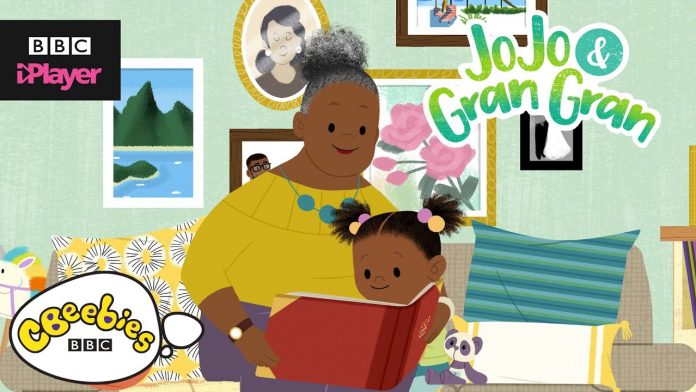 Kids entertainment channel CBeebies has launched an animated series to entertain the whole family during this moment of isolation.

Titled ‘Jojo & Gran Gran’, the series walks viewers through the joint-daily lives of a five-year-old girl and her fun and smart grandmother. Jojo spends more time with Gran Gran together learning many experiences about life, fun activities that involve baking, education, growth and more. Gran Gran also takes Jojo through her heritage with stories Saint Lucian island in the Caribbean.

Watch a snippet of it below:

Jojo’s character in the series is voiced by Taiya Samuel while Gran Gran is voiced by Cathy Tyson, based on characters originally created by Laura Henry-Allain. There isn’t a dull moment anytime the little girl visits her grandmother as she has something new to learn.

‘Jojo & Gran Gran’ starts airing at 5.30 pm on CBeebies, and also you watch it on BBC iPlayer.