Later this evening, London’s Southbank Centre will be swarming with people for  all over London to celebrate Africa culture in this year’s edition of Africa Utopia for the next five. Attending as both a speaker and participant is creative Maame Adjei. You may recognise Maame as Zainab from hit show An African City and an array of other projects both in film and in the arts. We spoke before she landed in London to find out what she’s been up to and her involvement with Africa Utopia.

How would explain what you do to others?

It depends…if I’m in Ghana and I’m talking to someone who’s older and Ghanaian I say I’m a to producer. The moment I say I’m an actor it becomes a very different discussion. But normally I say I’m a producer and an actor.

Tell us a little bit about An African City. How did the idea for it come about?

The show’s creator, Nicole Amarteifio, was in Accra and rewatching her favourite series, Sex And The City, and she [wondered] what it would look like [recreated] in Accra, in her own space. She knows all these  women who are movers and shakers living the high life in Accra, what would thier experience look like.

An African City is one of the first African produced series to showcase the modern African Woman for who she is and can be, educated, sexual and, of course, exceedingly stylish.

This has been good for the show but it also brought about a lot of criticism.

And yet our Africa is changing. Since the shows  release in 2014, there has been a shift in the way the African Woman and the spaces around her are presented on camera. Contemporary script writers, producers and creatives have become more explorative (and somewhat more honest) about the transitory nature of the culture and climate around them.

This is not just in fictional film. Recently there has been an increase in the number of travel pieces based in Africa and produced by Africans. We are commandeering our own story and endeavouring to control the way those outside (those that are “other”) perceive us. Maame is one such visionary. Her latest travel series, Girl Going Places documents her journey through Ghana, sharing with us a history and culture that we not have realised we did not know. 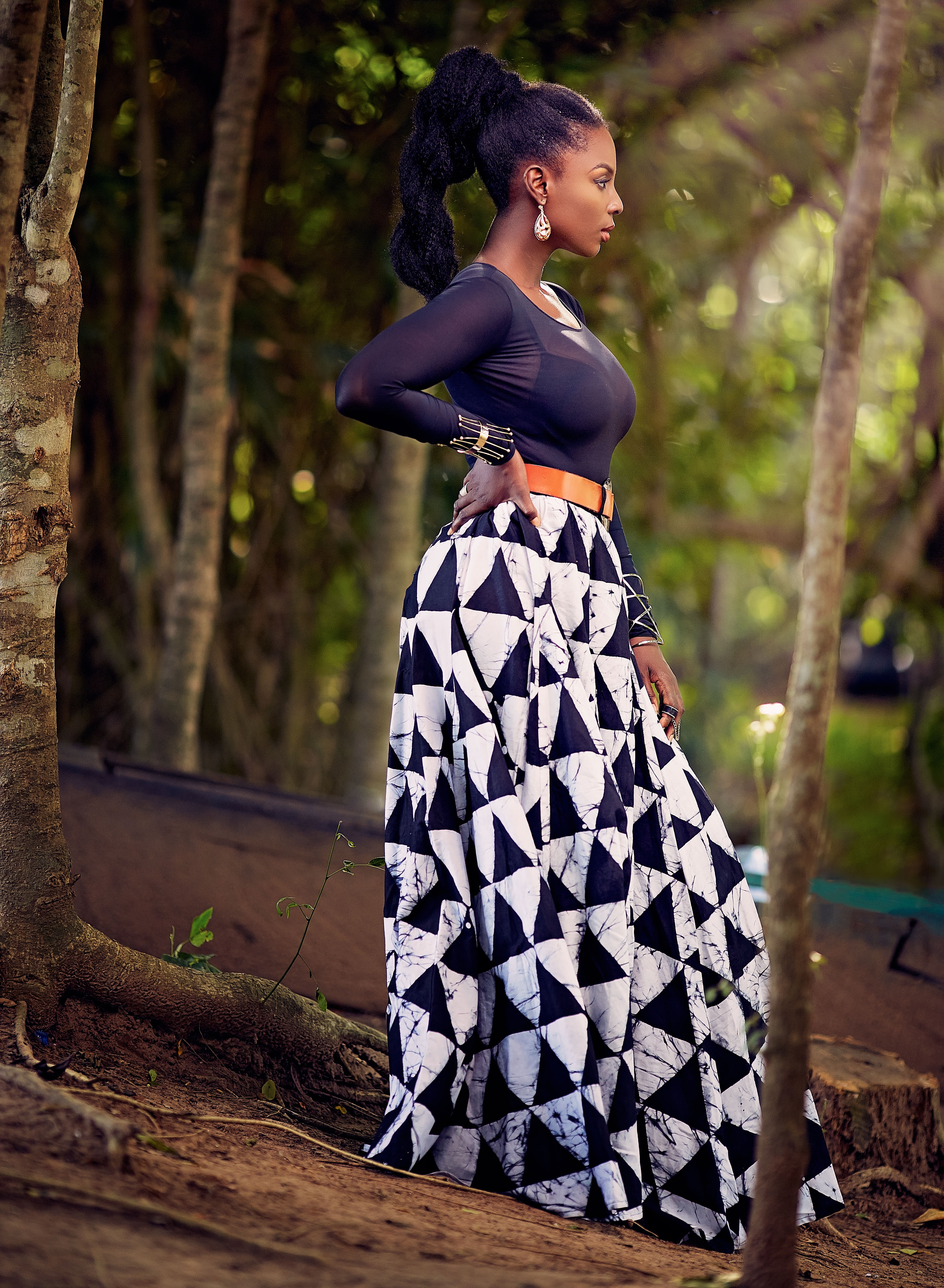 What inspired the creation of your series “Girl Going Places”?

When I first moved to Ghana I started looking for a job in healthcare. My background isn’t actually in the arts, it’s in Healthcare Finance however I knew this was not a field I was passionate about. So I took a year off to travel. I realised I knew nothing about Accra. [It contained] all these amazing spaces that no one knew about. I felt a strong connection of knowing where your from and your history. Feeling a confidence and feeling myself to be a Ghanaian woman. [We need to] travel our own spaces first in order to preach ito beauty. Otherwise someone else will come, see Ghana, go back and write a nice little piece about our homeland and we won’t be happy about it. We have to do that for ourselves first! Travel our own space first.

How did you get involved with Africa utopia? What can we expect from your session on Beyond the Print?

Well Africa Utopia pitched to us about involving An African City in this year’s sessions. The idea of having all these people in one space [really appealed to me] and seeing what’s happening in the continent from a dynamic space. There is much to take in and so much that’s  happening on the continent. [In regards to Beyond the Print], even those who hate the show loves the outfits especially as we specifically reached out to African designers.

Africa Utopia will be the perfect space to share this. 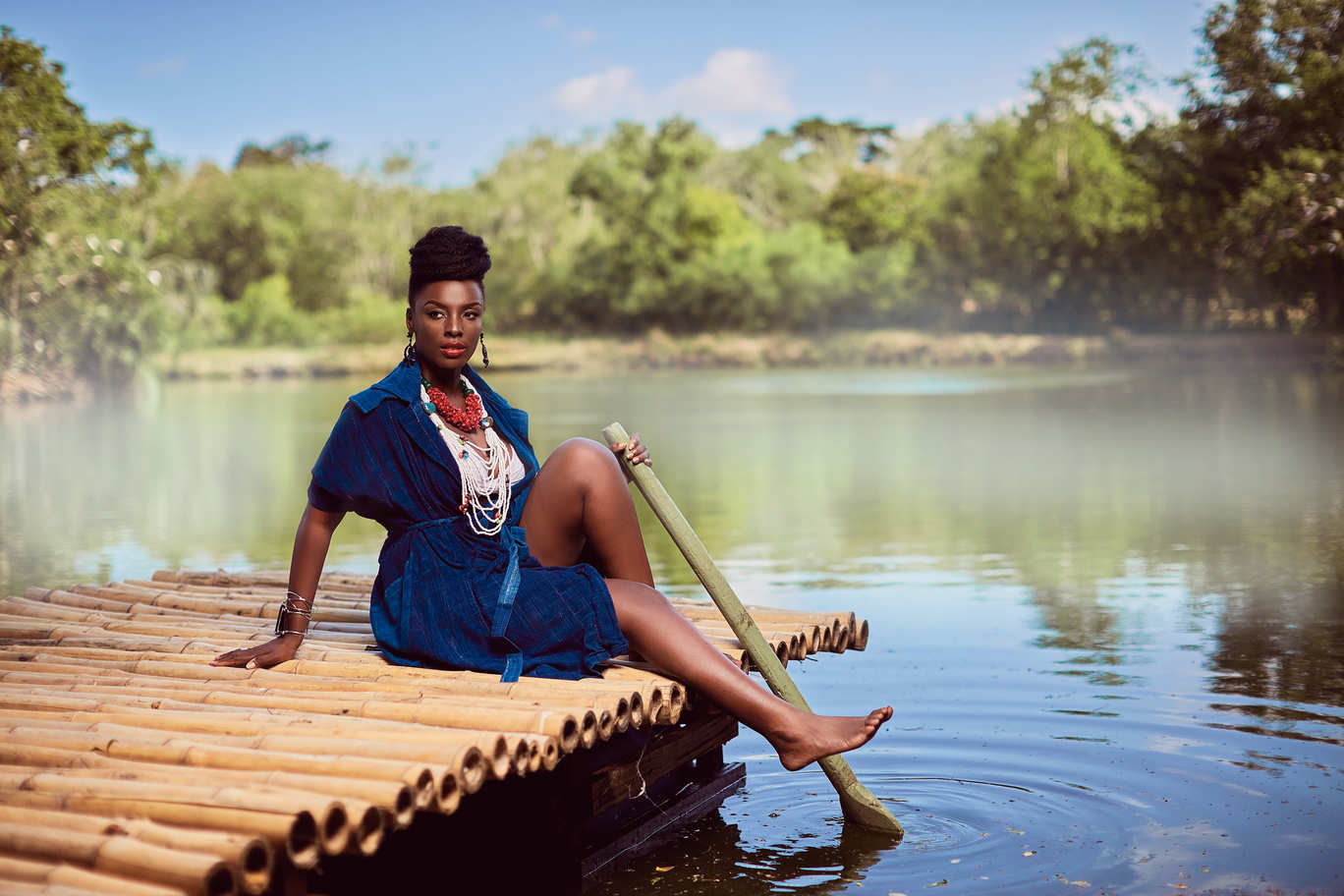 Where is African culture and arts heading?

I think we’ll get to a point of global appreciation. It’s not necessary but it certainly is beneficial. As a continent we are finding value in the arts, allowing for more young people to come out the wood work, to be artists and pursuse things they are passionate. Over the next five to ten years not only will we see more young artist but they will develop a new confidence from knowing that their work is valued. Hopefully, as this happens, there will be resources to help them do so, to help them create in their own space, allowing the, to take that to the world and [engender an] international exchange of creativity.

What would you tell you’re younger self?

Stay away from crazy men..I’m kidding. I would tell myself: “You want to be in the creative industry. Find out exactly what you want to do and do that.” My biggest regret was not taking the reigns on the direction I alway knew I wanted to be in and just going with the flow. I wouldn’t say it was a waste of time, everything leads to the position you’re supposed to be in. But if I had spent the time I had spend in grad-school honing in on being an actress, producer, creative I would be in a better position. I would tell myself: “What do you want to do? Figure it out and follow that.”

What advice would you give to younger ones wanting to be creative industry?

Fear nothing! The creative industry is not structured. That’s a fear for many, “how am I going to make money and fund myself and earn revenue?” It has to be something that really moves you! Really think about if you’re prepared to live your life this way. If that’s the case, fear nothing and push through. You have to do it. This is the one life you have and if that is your passion, make it happen! It’s possible.

We cannot wait to join Maame and many others for Africa Utopia this week. Make sure you have a look at the events available (yes some of them are free) and join us for what promises to be an inspiring evening. Keep an eye on our social media as we will be live Tweeting, Snapping and Instagraming throughout the rest of the week.