Yesterday Glam Africa was granted an exclusive sneak peak at this summers much anticipated, ABFEST as we attended the London press conference in Tottenham. 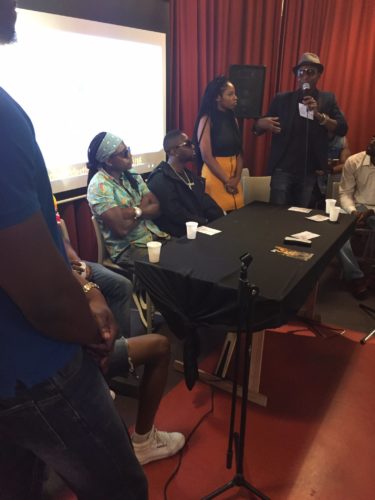 The Afro Beats music festival is the first of its kind in the UK and will feature some of the biggest names in the industry from The Compozers, DJ Afro B, Reggie and Bollie as well as Kida Kudz and many more.

AB fest will bring African food, entertainment and music to Barking Park on the 20th of August. Live music plus 25 African stalls by Pop Up Africa with create an African village to experience African culture. The festival will also have a number of fun extras including Bouncy castle and bumper cars.

Crowds can expect “Mad crazy vibes and good energy”. The organisers gave us the low down stating that AB fest is a “platform to showcase ourselves and what we do, we want to give African music a platform.”

For more information about the festival visit ABfest’s official Twitter.

We are so excited for this festival to go down.

Will you be joining us?