As the 2016 edition of Africa Fashion Week Nigeria & London draws closer,  Olajumoke Adenowo  a Nigerian philanthropist,  renowned and award winning architect and a super stylish personage has been unveiled as a member of the advisory board .

According to Ronke Ademiluyi (founder of AFWN & AFWL)…..

”We are more than honoured and super excited to have her on board,  and that’s because her contribution via direction and advises would be invaluable. We see her passion and drive to stamp Africa on the world’s map for all that’s great and excellent.” 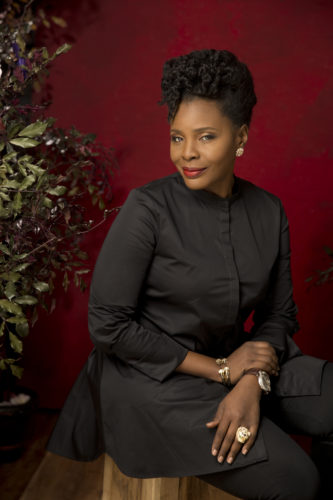 Olajumoke has been called the “Face of Architecture” in Nigeria. She is the pioneer recipient of the New African Woman in Business Award and was profiled as a Nigerian Game Changer in the New African Woman Magazine 2015/2016 Edition. She was also nominated at the CNBC All Africa Business Leaders Awards in The West African Business Woman of The Year award category. She has also been named as one of Nigeria’s 100 most Influential Nigerians by YNaija (2016) and 100 Most Inspiring Women by YNaija (2015), and among Africa’s Most Powerful Women in Business 2015 by AFK Insider. She received The International Alliance for Women World of Difference 100 Award in 2015. She was featured on CNN African Voices, and profiled on CNN as Africa’s Starchitect, and has been featured in the world’s foremost Architectural Journal; Architectural Record. She was featured as one of 21 Outstanding Women by Genevieve Magazine (2015) and was also featured on the ThisDay magazine list of best dressed women in Nigeria.

With an impressive resume, there is no doubt Olajumoke Adenowo is the perfect fit for the board

Glam Africa is a proud media sponsor of AFWN & AFWL