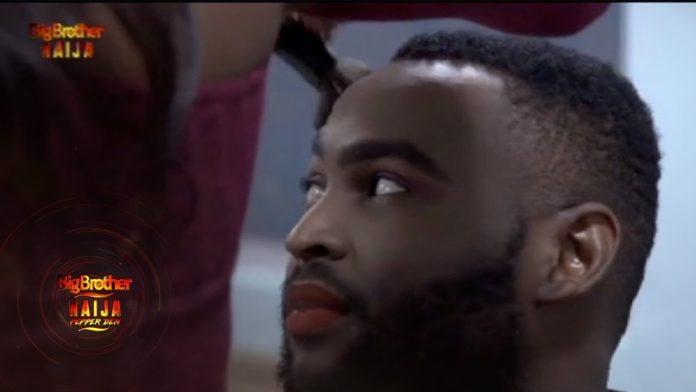 A lot happened on Day Four for the BBNaija Pepper Dem Gang. Housemates where given an endurance challenge “Sew the thread”.

Biggie followed the ladies first pattern while the men composed a beautiful song as the challenge proceeds and then switched to the boys when it was their turn.

The point of this challenge was how much endurance one could take. While Tasha came first in this game for females, Sir Dee came first on the men side.

Also, the house was stewed by the male housemates  #EveryWhereStew this was evident as “Men takes the kitchen”.

How sweet it is to eat Naija Jallof rice prepared and served by different handsome men?

Oh the female housemates where overwhelmed and this brought about a more social environment. Love is definitely in the air in this biggie house. The house was a picture of romance and emotion.

However, Big Brother can never be wrong as he sees and shows concern for the housemates. Hence, a fantastic game of “speak to biggie” rounded the day’s activity of the housemates.

Housemates acted as biggie to their follow colleagues and this was emotional as well as funny. Mike and Avala session was particularly interesting…

Which other team session was interesting to you?

What do you think biggie was trying to achieve with this activity?

BBNAIJA Day 3: “I’m A Virgin” And a Junior Boycott