Meghan Markle, Duchess of Sussex hammered on the stress and pressure most women face during pregnancy, motherhood in general and also the misleading stories from the media, in a recent interview.

In an open letter signed by 72 British female members of parliament and posted by Holly Walker-Lynch on Twitter, the members of parliaments expressed their solidarity to stand together with Meghan, wife of Prince Harry, against the false stories reported by some of the media platforms about her.

“On occasion, stories and headlines have represented an invasion of your privacy and have sought to cast aspersions about your character, without any good reason as far as we can see”, the second paragraph of the letter reads.

Her interview with ITV’s Tom Bradby from the royal tour in South Africa, she stated the truth about womanhood, life as a public figure and more, which has gone viral attracting support and a hashtag – #WeLoveYouMeghan.

Read the full open letter from the British Female MPs below. 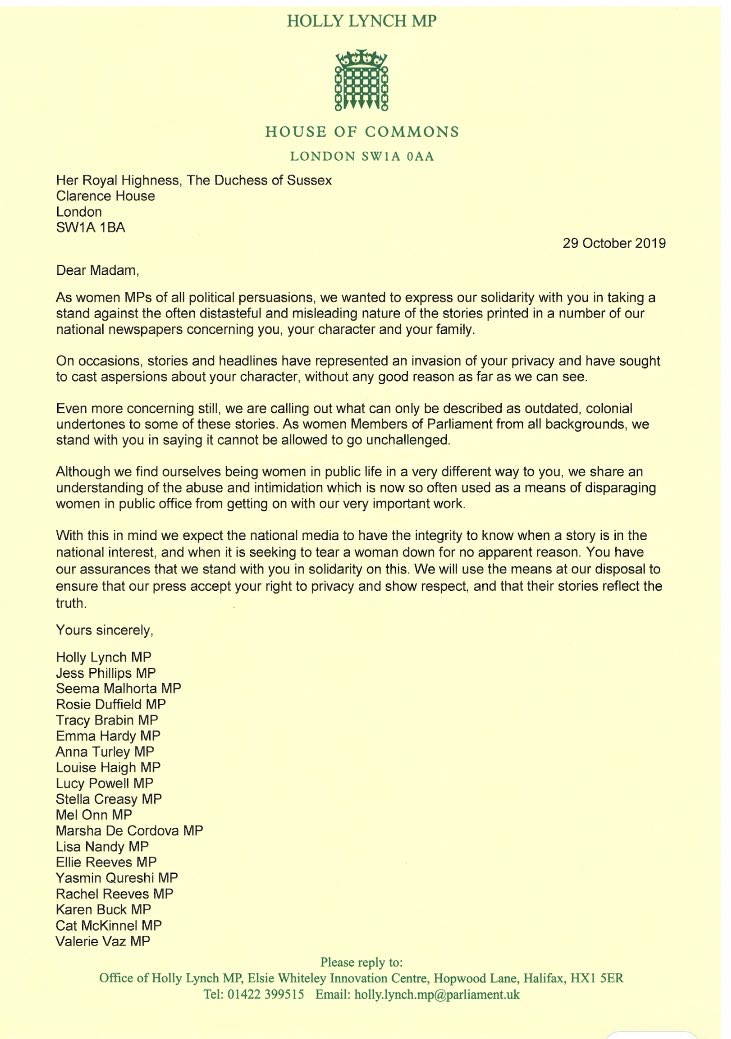 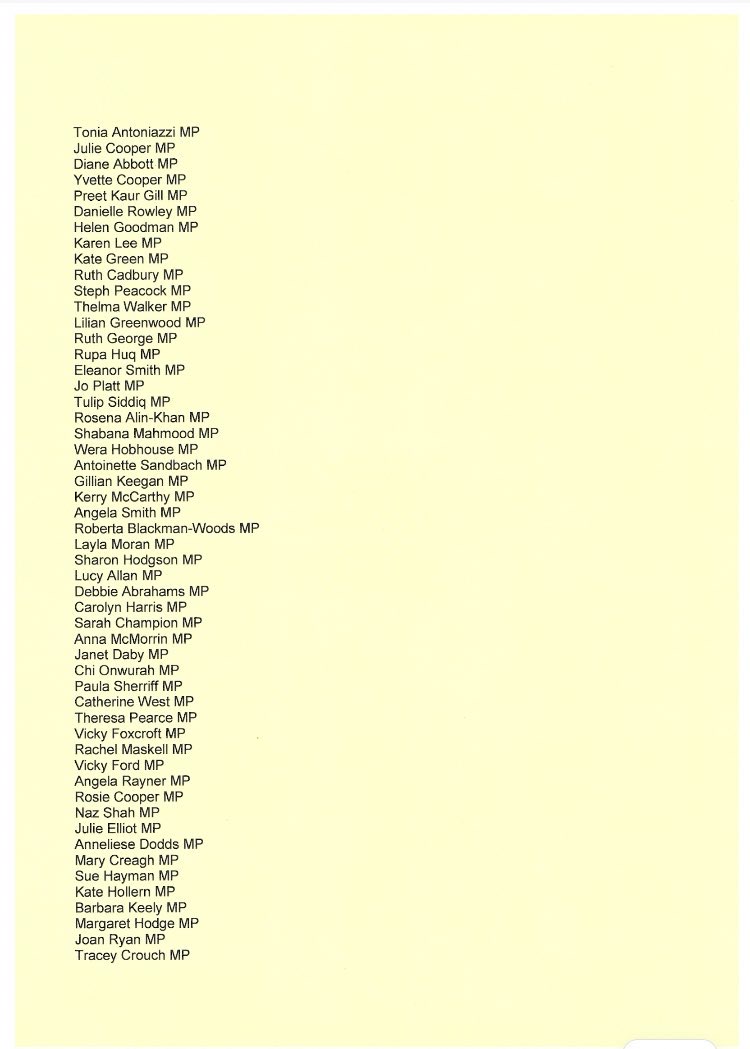