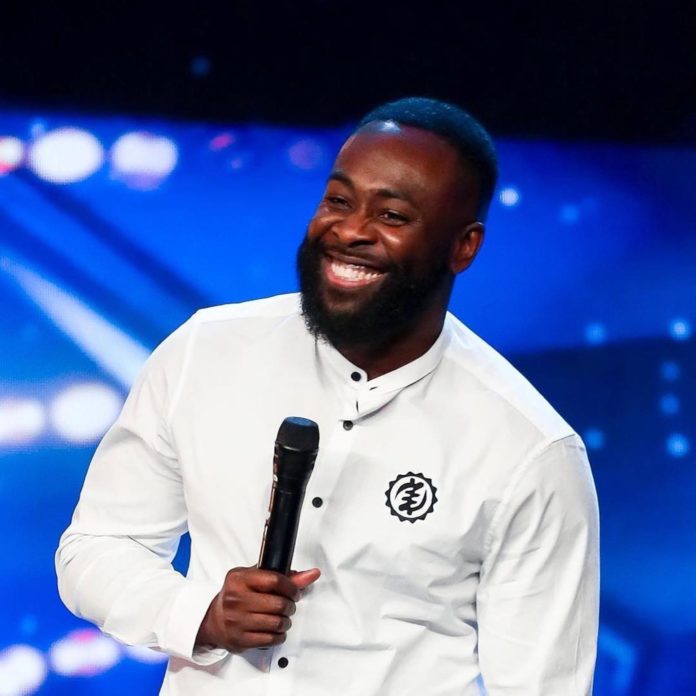 There are a million questions coming from a whole lot of people who have no idea about UK-based Ghanaian stand-up comedian Kojo Anim. The answers were provided on Britain’s Got Talent when he walked on stage and cracked the audience up with his jokes, the amusement and delight came at the end when the very straight-forward judge, Simon Cowell gave him the golden buzzer after his superb delivery.

Watch the excitement after he received the golden buzzer from Simon Cowell.

Kojo Anim’s works in the comedy industry started on a lighter note during his days as a young footballer, he channelled the humour in him in the dressing room with his colleagues, making them laugh before and after matches but later decided the comedy field was one he want to enter fully.

He has so far open for major comedians like Kevin Hart and Chris Rock at the Wembley Arena. Getting the golden buzzer from Simon Cowell has qualified him for the semi-finals of Britain’s Got Talent.

Here’s The New Episode Of ”East Africa’s Got Talent”, The Golden Buzzer & Road To Semi-Final

Watch The All New Episodes Of East Africa’s Got Talent