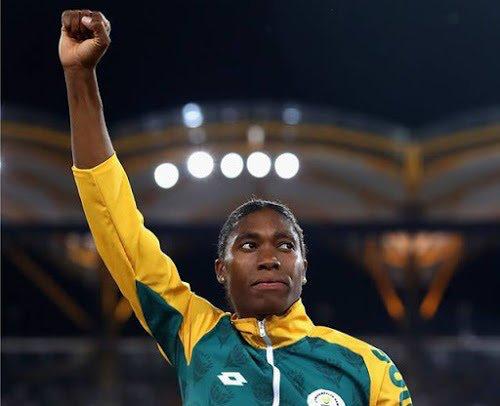 Haji Mohamed Dawjee is a South African columnist, disruptor of the peace and the author of ‘Sorry, Not Sorry: Experiences of a brown woman in a white South Africa’. She writes a satirical opinion piece published on EWN about the recent IAAF ruling to regulate South African athlete, Caster Semenya’s natural testosterone levels in the name of competition.

SATIRE: 5 things to know about the IAAF’s ruling

1. Why the Court of Arbitration of Sport (CAS) ruled that Caster Semenya will be unable to compete: The international governing body for the sport of athletics has thus far kept their deductions under wraps, citing only their archaic discrimination (female athletes should regulate their testosterone levels if they want to participate in athletics), as conclusive evidence that Caster should not be allowed to compete.

Following her appeal, which has now been dismissed by the CAS, the ridiculous measures imposed by the IAAF still stand. The judges of the case have defended their ruling by saying: “although the rules are discriminatory…such discrimination is a necessary, reasonable and proportionate means of achieving the IAAF’s aim of preserving the integrity of female athletics in the Restricted Events.”

These explanations and vindications are vague, but any member of the public who has paid attention to the last few thousand years of history and the policing of the black body will pick up on the more subliminal messages of this outcome.

2. Will any other athletes be affected? Watch this space. But if you don’t want to watch this space, here’s how it goes: Yes. All black female athletes across all categories of sport will be affected as they always have been and always will be in the foreseeable future.

The writers of history (read: white men) have always been threatened by the exceptional athleticism of the black female body and so restrictions will continue to police their superior capabilities. The only purpose the black body serves is to slave and slave some more in the name of colonialism and white capital. That’s when their strength really serves a purpose. Beyond that, even those women who test “normal” on the testosterone scale will face castigation and severe testing (for an example, see Serena Williams).

3. Does the IAAF have any major known weaknesses? Unfortunately, beyond the board’s limited intellect and understanding of science, gender and their firm belief in archaic norms, their other weakness is white women athletes. It takes a very quick Google search to realise that women-on-women crime is a sad but true reality and that other female athletes are Caster’s biggest opposition, and also the foot soldiers of the patriarchy who ensure the growth of archaic norms by drenching its soil with springs of fragile tears.

4. Is this the end of the road for the strong, proud, black female athlete? No. All athletes who fall into the aforementioned category are subject to auction. Their bodies will continue to be sold to the highest bidder who need them in instances where high performance is required for massive profit. White monopoly capital will continue to exploit superior athleticism to the sum of millions and billions of rands – as long as it suits them.

5. What can be done to change the outcome of the case so that Caster can compete? As it stands, a copious drip feed of testosterone lowering hormones is necessary for Caster to compete. She is also required to run topless with boobs flailing about in the air to prove that she in fact a woman.

The IAAF has, however, issued a disclaimer to settle the minds and hearts of all other white athletes and has said that these conditions are not necessarily enough prove that Caster qualifies as a female athlete and that her body could be subject to further inspection, castigation and examination. In issuing the disclaimer that IAAF has protected themselves from being persecuted should they choose to remove Caster from the track and choose instead to exploit her as a circus act – a profitable venture learned from their textbooks by other white people who did the same to Saartjie Baartman.