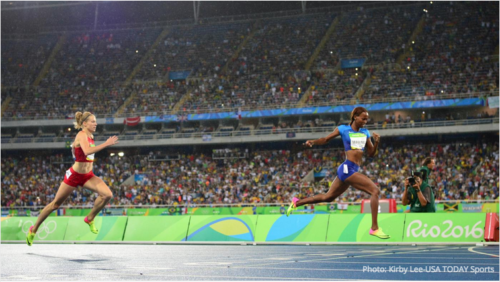 Muhammad has been running since she was 7 years old, and owns three of the five best times in the world this year, running in 53.89 seconds during the Rio semifinals and 53.90 in London on July 22. The second-fastest time of the year was Shamier Little’s 53.51 run in Eugene.

Jidenna Explains The Concept Behind ’85 To Africa’ Studio Album