From the streets of St. Louis to touring the globe with Queen Bey herself. Montina Cooper’s story is one of struggle and hardship but overall empowerment after overcoming a troubled upbringing and an eating addiction. Montina channels the struggles of her past to bring passion and soul into her music- proving she’s much more than just a backup singer!

Now ten years into her career Montina has worked alongside artists such as Kelly Rowland, Mary J. Blige and now is a backing vocalist as part of Beyonce’s Formation 2016 Tour. 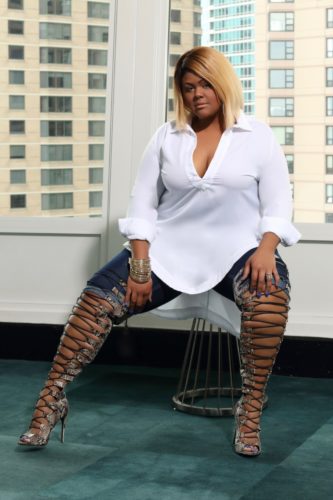 We at Glam Africa managed to catch up with Montina whilst the formation tour was in London.

I was born in St Louis, Missouri and lived there up until the age of six. I had a very musical family and had the most amazing time growing up. When my Father came out of prison we moved to Texas, that was when I realised we were poor, up until that point I didn’t know. We would go without food, light and even a phone sometimes. It was a struggle but the one thing I always had was an amazing Mom and music that would always take my mind away from my situation.

What steps contributed to your healing process?

The step that contributed to my healing process is Music. I buried myself in music and it became my source of strength and helped me cope. Music is my home away from home and it allows me to zone out from my troubles and enter into another world.

What advice would you pass on to women facing similar circumstances, who are trying to overcome depression or food addiction?

I would advice them to find someone they can talk to. I found that one of the factors leading to depression is our inability to express emotion. We tend to lock it all inside and struggle to get it out so the best thing to do would be to speak to someone from your local church or a family member you can trust then start working on yourself mentally. As far as food addiction goes it’s hard because there’s nowhere specific we can get help. My advice would be to document everything you consume because if you see it on paper then you see what you’re doing to yourself and then start making small changes e,g, not eating crisps today. It’s a daily struggle and can’t just be stopped, it’s a gradual process.

Is music a way for you to heal? How so?

Music is the gift that God gave me to help deal with some of the things that happen to my life. It’s very therapeutic and it has a way of reaching into my core when I may have been going through something. ‘Me, Myself and I’ by Beyonce is a prime example. The lyric says “And from now on I’m going to be my own best friend” and I believe that every human should be best friends with themselves. I can truly relate to that song just like my record “Starting Over’s A B***” That song says it’s going to be ok, it’s not easy but it’s going to get better.

What inspires your creative expression?

Everything around me is a constant inspiration; I am like a sponge when it comes to creativity because I soak in my surroundings all the time. When I’m doing vocal production it’s like I’m painting and I’m constantly using different colours to construct a masterpiece and when I’m writing I’m inspired by everything that happens around me; a friends relationship, a baby smiling, the climate, news. I record everything in my emotions and portray it in my musical work.

What has been you most memorable project throughout your music career?

My own project has been most memorable because of the journey and going through the year long process. I would also say vocal producing the track Kelly Rowland did with Earth, Wind and Fire. To see that I was working with a legend in the making and living legends was mind blowing. I was truly emotional when I saw my name affiliated with a group my parents listened to. 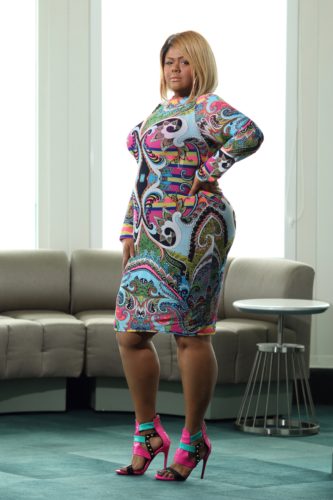 Tell us a little bit your new album ‘Closer’…

My new album talks about the journey through relationships starting off with the relationship that you know is no good for you but the person is just so damn fine! It’s purely a physical attraction and not a spiritual or emotional desirability there. You distinguish that you shouldn’t be with this person but you stay because it feels so good to your flesh. Later you come to your senses and decide to leave but it’s hard to escape and the record “Already Gone” speaks about that further. So you finally get out of that relationship and into a new one but you realise that you’re just not equipped to love the new person the way they want or deserve because you’ve been so scarred from previous relationships, you want to be close to this person but you find it hard. Finally you get to the relationship that means the most and that’s the one with your Creator which is the record “Saved Me”. Each song is portraying its own message regarding matters of the heart and it is depicting life through love and ultimately how to love yourself. I wanted to do a project that people could truly relate to.

What story or message are you trying to convey?

This album is a story of truthfulness, hope and love. In one way or another we’ve all been in this position of searching and finding our way and I’ve chosen to share mine melodically with the world.

What is your favourite track on the album?

I love all my songs because in its entirety it tells a story but the track closest to my heart is “Starting Over’s A B****.” It’s basically saying that even though I’m out of the old relationship and now in a new one I’m having to start from scratch again and I’m still not totally through the crap I experienced but I’m trying to start over. It speaks about trying to get to a place that’s healthy not just for me but the person that I’m with. The truth is starting over really is a b**** and there’s nothing you can do about it, you have to go through the process because it’s a part of your journey. When the song says “put down the photo break the hour glass, don’t waste time wasting away to die” it does not necessarily speak of physical death but put the memories where they belong – in the past. Don’t just sit there looking at time doing nothing. It’s time for you to get up and live and sometimes being at the bottom is the best place because you can see the light more clearly. It’s a song of hope.

How long did it take to complete this album?

It took me one year to complete the album.

That’s a tough one because there are a number of people I would love to work with but I would say The Roots.

What will you be working on next?

I have a few things lined up which I’m excited about. As well as starting my new album soon I am also working on a book about my life story. I’m planning on doing a “Closer” tour soon too. I want to give people the opportunity to see me on stage live as Montina and not just a background vocalist.