Grills2Grills, Nigeria’s ultimate automobile and bike show, opened to the public over the weekend of April 2nd and 3rd, 2016, as a one-of-its-kind Nigerian exhibition of unique classic cars, super cars, muscle cars and motorbikes from private collectors and owners in Nigeria.  The event held at the Main Bowl of Tafawa Balewa Square, Lagos.

Nigeria is a country that has cars and bikes ingrained in the fabric of its culture and it remains a relevant market for the automobile and bike industry.  Grills2Grills sought through the event and continues to seek, post-event, to reiterate and emphasise that culture by creating an exciting environment where owners and collectors of rare and interesting automobiles and motorbikes showcase their cars and bikes for car enthusiasts and the general public in a fun and family-friendly atmosphere. According to Dapo Otunla, founder of Grills2Grills, the intention is to hold the event annually with the hope that Grills2Grills will become a landmark event that will bring people from across the globe to Lagos State, Nigeria. The event will further cement the vibrant outlook of Lagos as a foremost city and state in Africa.  The two-day event showcased up close, an assembly of over 40 cars and 20 motorbikes that are rare and unique, giving guests close access in a way they may not have experienced before.

Some of the unique cars that were showcased at the event are:

1. MG Midget (1977):  The MG Midget is a small two-seater sports car that was produced by MG from 1961 to 1979.  The first version was essentially a slightly more expensive badge-engineered version of the MkII Austin-Healey Sprite.

2. Dodge Challenger (2008):  The Dodge Challenger is the name of three different generations of American automobiles produced by Dodge.  All (7,119) 2008 models were SRT8s and equipped with the 6.1 L (370 cu in) Hemi and a 5-speed AutoStick automatic transmission.  It is the modern day muscle car. 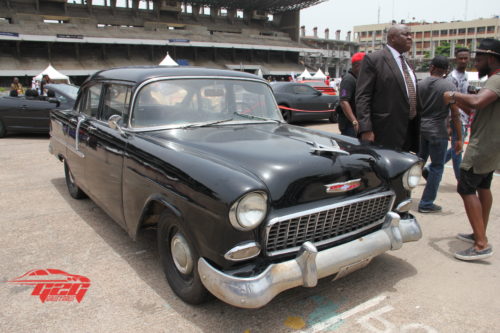 3.  Lotus Elise: The Lotus Elise is a two-seat, rear-wheel drive, mid-engined roadster conceived in early 1994 and released in September 1996 by the British manufacturer Lotus Cars. The car has a hand-finished fibreglass body shell atop its bonded extruded aluminium chassis that provides a rigid platform for the suspension.

4. Mercedes 220 SE Coupe Convertible (1965): The date of the introduction of the W111 Series Mercedes 220 SE Coupe was carefully chosen. It was not as usual an international automobile show; this time it was the opening of the Daimler-Benz Museum in Stuttgart-Untertrkheim on Feb. 24th, 1961 and the celebration of the company’s 75th anniversary. With its pillar-less side glass, a hallmark of almost all coupes coming out of Stuttgart in future, and wraparound front and rear windows, the car was a statement of exquisite taste and should remain in production till 1971. 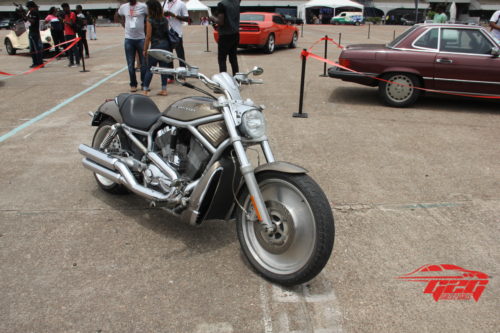 The event was well received by attendees and the organizers, TopHorn Nigeria Limited, have promised a bigger and better event for 2017.