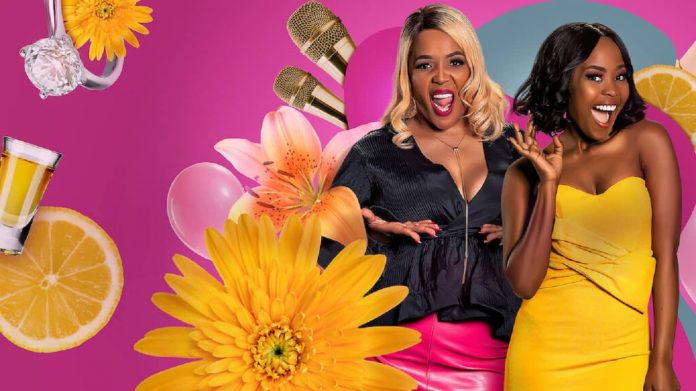 We are definitely loving the energy from Netflix this year with the amazing line up of different films that kept us entertained and happy during the lockdown.

Some of our favorites are Queen Sono, Blood & Water, Money Heist, Never Have I Ever, 365 days, Warrior Nun, Dynasty and so many others.

We have curated here a lineup of everything new, black and on Netflix this July

The Old Guard: The Old Guard is an American superhero film directed by Gina Prince-Bythewood and written by Greg Rucka, based on his comic book of the same name. The storyline follows a group of mercenaries, all centuries-old immortals with the ability to heal themselves, discover someone is onto their secret, and they must fight to protect their freedom. Watch the trailer below

Seriously Single: Set in Johannesburg, and produced by Rethabile Ramaphakela, this South African comedy follows two single besties: one a free spirit who loves the single life, and the other a romantic social media expert desperate to find a connection (or at least stop stalking her ex).

Umbrella Academy Season 2: The umbrella academy follows an interesting story of 43 infants inexplicably born to random, unconnected women who showed no signs of pregnancy the day before. Seven are adopted by billionaire industrialist Sir Reginald Hargreeves, who creates the Umbrella Academy and prepares his “children” to save the world.

Netflix has confirmed that the second season of The Umbrella Academy will hit the site on July 31, revealing the news with clips of the cast dancing while in lockdown. While you wait for season 2 on the 31st, you can binge start with season 1 which has 10 episodes.

Cursed: Cursed is an American fantasy drama series currently trending on Netflix. In a retelling of the Arthurian legend, teenage sorceress Nimue joins forces with a young and charming mercenary named Arthur on a mission to save her people.

Greenleaf: The Greenleaf family, which runs sprawling Memphis megachurch Calvary Fellowship World Ministries, appears to be a loving and caring clan. Beneath the surface, though, exists scandalous secrets and lies.

The series has had 4 successful seasons and has been confirmed to return for a fifth season. The series has an interesting cast with big names such as Oprah Winfrey, Keith David, Lynn Whitfield, Lamman Rucker, and others. While we wait for the release date of the much-anticipated season 5, you can start with the attention-grabbing seasons 1 to 4.