”I never thought I’d be First Lady! When I was growing up, the notion that we would have an African-American president, the possibility that we would have a woman president, that wasn’t even on the horizon. I didn’t believe it until we walked into the White House!” – FLOTUS Michelle Obama alongside Seventeen Magazine interview contest winners Gemma and Zaniya are the cover stars for the latest issue of the publication. 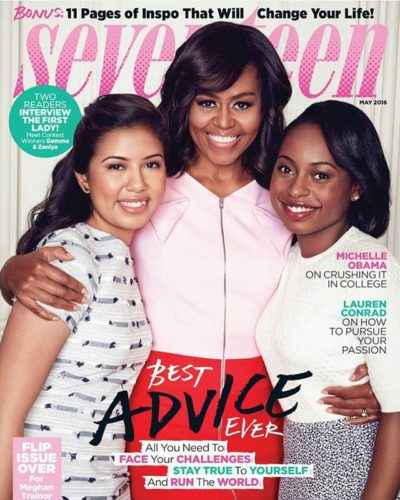 Mrs. Obama who recently launched the Better Make Room campaign ( an initiative which encourages teenagers to study  hard in high school so they can gain admission to college) shared some inspiring words…