It seems British-Nigerian actor John Boyega has 2017 covered. The Star Wars: The Force Awakens  breakout star is scheduled to perform in the adaptation of Woyzeck at the Old Vic.

The stage play was originally written by Georg Buchner in 1879 and was based on the true life story of a military barber  who stabbed to his mistress to death as a result of jealousy and was later sentenced to death.

However in 2017, popular English screenwriter Jack Thorne would be the man behind the adaptation which would soon hit London Theaters. The Najia could not hide his excitement as he revealed via social media that… 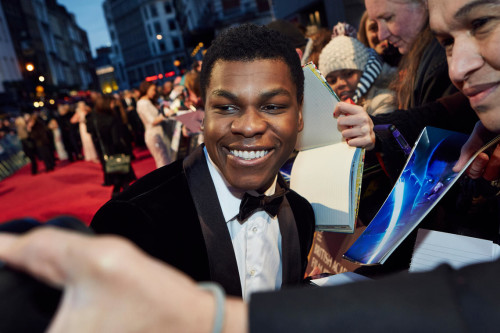 ”Can’t wait to team up with the legend that is Jack Thorne and play the title role of Woyzeck in a new and exciting adaption at the Old Vic. Theatre is where it all started for me and I can’t wait to be this close to the audience taking them on an incredible journey through this amazing play! See you soon London”

Lupita Nyong’o, John Boyega Featured In The Star Wars: The Rise of Skywalker