Bobbi Brown revolutionized the beauty industry in 1991 with the launch of 10 brown-based lipsticks and a simple philosophy that “makeup is a way for a woman to look and feel like herself, only prettier and more confident.” In 1995, the brand was acquired by The Esteé Lauder Companies, however, Bobbi retains an active role in the company as Chief Creative Officer. Now, 25 years later, Bobbi Brown Cosmetics is the number one make-up artist brand founded by a woman. The brand is available in over 70 countries and offers a full range of color cosmetics, skin care, fragrance and accessories. 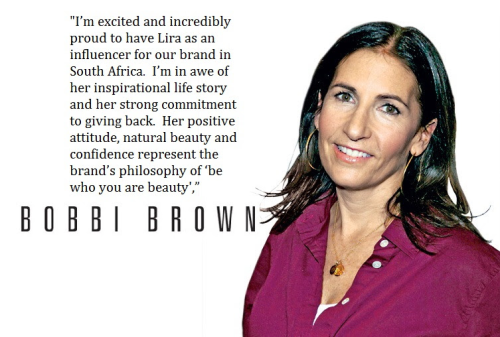 Lira will serve as the brand’s first South African influencer. As part of her lucrative collaboration, Lira will appear in print editorials and online promo Ads for the giant cosmetic brand. The Ad campaign will be shot in the heart of Johannesburg, using local talent and featuring local fashion designs including Loin Cloth & Ashes by Anissa Mpungwe. 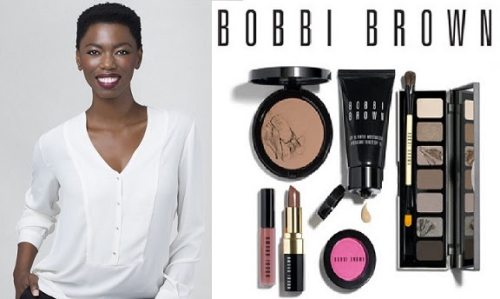 How did the two of you decide on this amazing collaboration?

Bobbi: I was told about Lira by my South African team and was in awe – not only of her beauty but also her story and her powerful voice and where she started from and what she does and all the good things she’s done with her success. I thought she was a perfect role model and a perfect spokesperson for my brand.

Lira: I’ve always been aware of the Bobbi Brown brand and I love and appreciate how you honour the natural beauty of women. You gently introduce women to the concept of makeup as a tool that enhances who you are and respects your natural beauty. I love that. I love makeup and I’ve introduced it to so many women around me as a tool that helps you feel good about yourself without taking anything away. So from a brand-value perspective there were so many things that were aligned for me, it was a no-brainer. I felt like I was attracting opportunities that allowed me to do what I do anyway.

Bobbi: Whenever I create a product, it’s for women all over the world, of all colours. You have such beautiful skin colour and it’s always been important for me that women can come to the counter and find a foundation that matches her skin.

Lira: It took me a while to get into foundation because there weren’t enough brands that considered women of colour. It was frustrating, but now it’s exciting. Everyone wants to feel young and fresh and beautiful with something that has been made exactly for you. 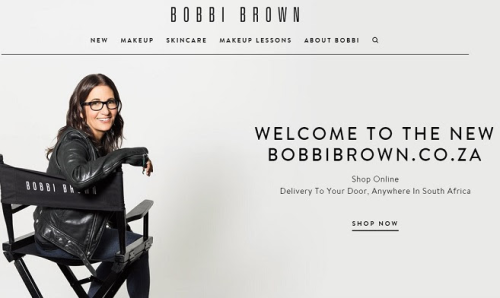 What is your earliest beauty memory?

Bobbi: Being a young girl and watching my mother put on her makeup. It was the ’60s and it was all very Jackie Kennedy. My mother even put false eyelashes on and she contoured and everything. I was amazed at her beauty. It was not my style of makeup but she certainly looked stunning.

Lira: My story is quite different. It was always an issue finding the right base – we would always land up looking too oily or a bit ashy. So makeup wasn’t something we engaged with because we didn’t have options. You should see how my mother rocks her makeup now because there’s so much more available. It’s an exciting time for women of colour.

Lira, how does it feel to be named a local influencer for Bobbi Brown? Bobbi, how did you decide on Lira?

Lira: It’s an honour to be associated with the brand in terms of the value it puts on women’s natural beauty. It also empowers them with skills to work with makeup. Makeup is your friend – you should play with it and enjoy it. It can be an empowering tool in your journey to self-expression and self-love. The things that make me feel good also make me feel beautiful – and makeup is a thing you use to bring out the feeling. It’s opened up all kind of avenues to do more incredible things.

Bobbi: It was an amazing thing for me to suddenly have this new, powerful woman, halfway around the world, who I didn’t even know. It gives me chills to think about the power we have and I feel very fortunate to be able to start this relationship.

Who are your beauty icons, and why?

Lira: I’d say Miriam Makeba. It was very important for me to see a South African woman wear her natural beauty with pride, all over the world. It meant it was okay for me to look the way I do. It was so powerful for me to see that my natural hair was beautiful, my skin tone was beautiful, my luscious lips were beautiful. She was a big influence. Also Lauryn Hill, because she was somebody closer to my generation and has dark skin and looked gorgeous. I remember she was the first person rocking dark lips, and that was just like, really, we can do that? And I do that now.

Bobbi: I grew up in the ’70s when magazine models were blue-eyed, blonde, tall, skinny, flat-chested and I was a curvy, short, Jewish girl who had meat on her bones and a bit of a chest. So I never felt I was pretty enough. What changed my life was the movie Love Story, with Ali MacGraw as a brunette with full eyebrows and barely any makeup, just a flushed skin. And I thought, ‘wow, I can be pretty too’. She was my beauty role model. When I turned 50, eight years ago, I received a call from her and she said: ‘ I want to let you know I’ve been wearing your makeup for over 20 years.’ That was quite a moment.

Bobbi, is it true that you can do your makeup without a mirror? Lira, can you do the same?

Bobbi: I can! I’m probably not very good at lining my eyes but I can smudge it. I have a husband who’s always in a rush and doesn’t like me to be late so I go from one thing to the next and can literally do my makeup in the car without a mirror. I’ve done it walking down the street – it’s not a full face, but it’s there and it’s pretty quick.

Lira: I can’t claim to be able to do that, so you’re one up on me there. I’ll let you have that one!