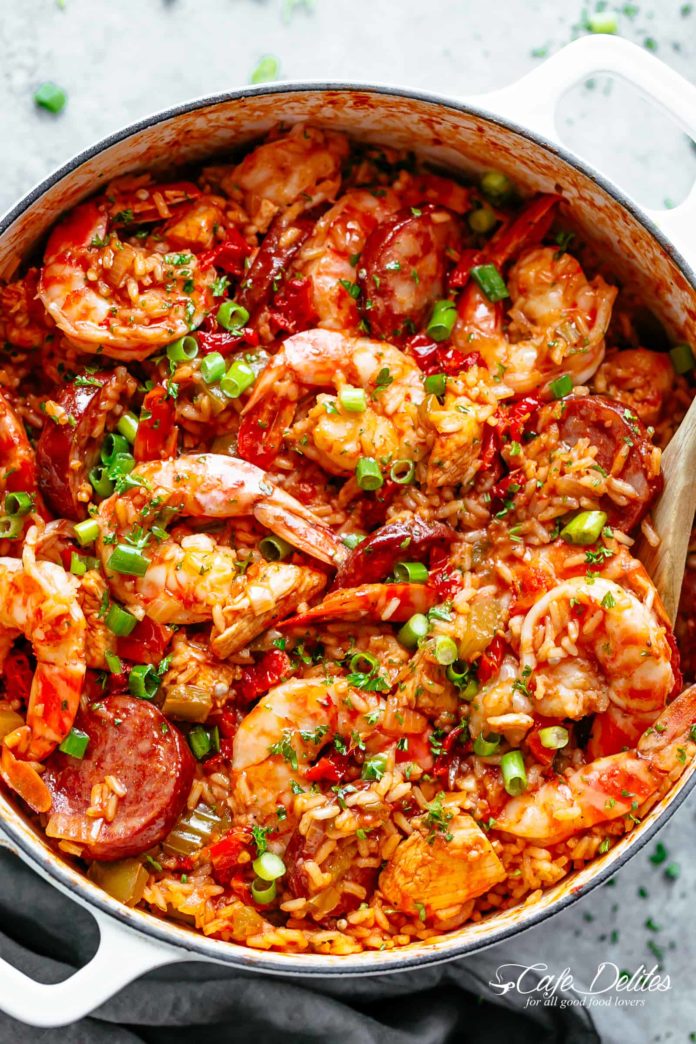 Jambalaya is a popular Creole dish of Spanish, French and West African influence. It consist of mainly meat and vegetables mixed with rice.

Traditionally, the meat always includes sausages, smoked meat such as andouille, along with pork, chicken and seafood, such as crayfish or shrimp.

Jambalaya has its origins in several rice-based dishes in the Mediterranean and West Africa cuisines such as jollof rice.