E! Television Network responsible for your favourite shows such as Fashion Police, Keeping Up With The Kardashians  and more are looking the best style contributor to report during fashion week. Contestants from all over the U.S applied for the position. Chinyere Adogu and Stacy Ike are two African ladies who are putting our continent on the map

According to E Online…

Chinyere Adogu (also known as Chi) was born and raised in Brooklyn, New York. She has an Associates Degree in Accounting and is currently pursuing a Bachelor’s Degree in Business Management, with a minor in Communications. Chinyere is an international beauty queen and was crowned New York’s Perfect Model 2011, America’s Perfect Teen 2012 and Most Beautiful Girl in Nigeria Tourism 2014. She is also a runway model and has worked with publications such as Teen Vogue, Essence Magazine and The New York Post. 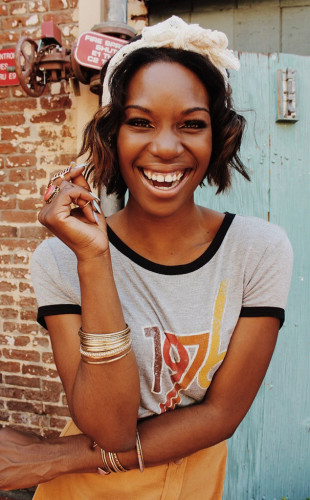 Stacy Ike is the oldest of five kids and hails from Houston, Texas. She graduated from University of Missouri’s famous J school with a degree in Broadcast Journalism and has gone on to work as an entertainment host in Los Angeles and Australia. She is the co-founder of “NAOMILiving.com,” an encouraging and uplifting space for fellow dreamers. When she’s not rehearsing a scene for acting class, interviewing on the red carpet, or dropping inspiration and straight talk on her Youtube channel. you might also find her binge-watching Grey’s Anatomy or Law & Order: SVU with a huge bowl of kettle corn.

Who do you think would win the competition?