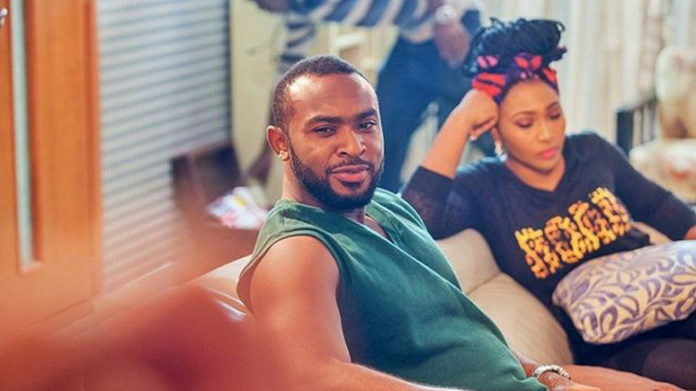 The release of the movie “Living in Bondage” in 1992/93 has been arguably dubbed as one of the major films that started Nollywood.

With its  powerful story line, it detailed the untold, gruesome stories of the activities of money ritualists that were predominant in southeast Nigeria at the time. 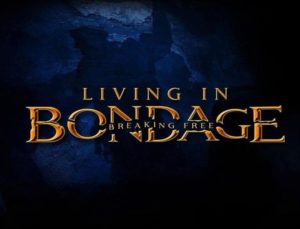 It was such a powerful narrative and was executed so perfectly that people thereafter referred to Kenneth Okonkwo, who played the lead role as Andy Okeke (the name of his character in the movie) instead of his real name, the same way we all call Kit Harington Jon Snow. The home video ended up selling over a million copies, making it the first official Nollywood blockbuster.

This was because it was a real life story that almost everyone could relate to, it was as though the discussions and assertions the elders had in whispers was finally bared in front of everyone to see.

No one actually expected a sequel until the announcement was made two months ago. And as expected, everyone’s appetite was whet; we all couldn’t wait to see how far the story had matured.

“Living in Bondage: Breaking Free” directed by veteran Nollywood actor Ramsey Nouah has been trending everywhere especially on social media as everyone was expectant, on what direction this powerful story would take and how well Ramsey Nouah would steer the ark as the director. 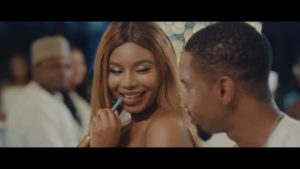 It was a good story to watch, I went to the cinema with high expectations, because living in Bondage was one of the movies that was indelible in my memory as a child, I don’t remember much about it except that my brother would always taunt me with Ndiogwu ego (money ritualists) will kidnap me at night which always made me very scared.

Before watching breaking free however, I had logged on to YouTube to refresh my memories on the old movie, to fully understand the story line, so I entered the cinema quite thirsty and eager to see what Ramsey Nouah did with his directorial debut.

I loved the setting of the movie.As an Igbo girl, it was pure delight to listen to Igbo songs as the sound tracks, listen to actors speak Igbo and see things such as the Catholic Church, sibling banter, music and the language that defines Ndi Igbo.

I however, expected a throwback to the old film, to refresh the mind of viewers; it’s been twenty-seven years after all, taking us through the beginning of the story to the present time would have been much appreciated. Also in addition, with the new age of globalization, a throwback scene would have helped non-Nigerians watching the movie to understand the story line better.

Nonetheless, the opening scene was a killer, when Obinna Omego played by Enyinna Nwigwe drove his daughter to a thick forest where he beheaded her set an unusual pace for the movie. We all sat up in our seats, eager not to miss a single detail. 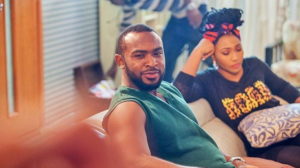 However, here are a few things i struggled with,

Richard Williams (expertly played by Ramsey Noah); his age in the movie seemed off. Andy Okeke played by Kenneth Okonkwo at some point during the movie explained that Richard was the same person that initiated him into the cult (The Six) twenty seven years ago, how come he still looks like a baby boy after twenty seven years? I guess he had been drinking a lot of blood from all that sacrifice.

The journalist Uzoma played by David Jone David, I think was a character flop. He didn’t quite communicate role of an investigative journalist, he more or less came off as an annoying junkie.

I especially loved the  brotherly love between Nnamdi Okeke played by Swanky JKA and Toby Nworie played Shawn Faqua. The emotional connection felt so real you could reach out and touch it.

I also had a big issue with the ending, so Chief Omego’s son Obinna Omego kills himself because he could no longer live with himself as his dead daughter constantly haunted him, but not before sending a confession about The Six cult to the journalist who appears on Channels television with his ground breaking news. So the law took care of members of The Six and not a spiritual authority?

Also Nnamdi through the benevolence of a divine power survives his deep knife wound and that’s the end? We all know the devil doesn’t need a physical knife wound to kill you, Richard Williams could invoke him in spirit when he gets to his unknown destination but we are hoping his father turned pastor Andy Okeke will be the there to save his son.

All in all, it was a good movie, totally worth my time.

But I have a really important question, Now that Nnamdi Okeke has been ‘saved’ what happens to all the blood money in his account and blood business deals already signed? I’m just asking for a friend, Haha. Big ups to the entire cast and crew. I really enjoyed every bit of the movie.