Instagram has made a recent update regarding their videos and how they can now be constructed, which is virtually identical to Snapchat, the billion user app which has skyrocketed in the last 2 years.

It is said Instagram’s CEO felt that Instagram is losing its idea of recording and documenting people’s lives as they happen, finally deciding to integrate Snapchat’s 24HR Photo and Video feature into the app – though this has become controversial as it looks like an exact copy of Snapchat, as this new feature also uses wacky features such as edits and coloured pens, not to mention the messaging feature which looks identical to Snapchat’s own: 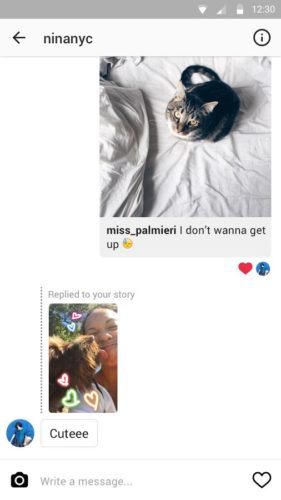 Instagram’s CEO says that Instagrammers only get the “see the highlights” of people’s lives/days, where’s Snapchat is more casual, hence this new update, also saying that “Snapchat gets all the credit”, shifting himself away from negative press.

What do you think? Is Instagram trying too hard, does it seem unfair, or do you think this is a cool new feature you’ll use?