I’ve had Sade on repeat for a little while now (with scented candles and a good book, naturally). A song that never fails to move me is Pearls. Around the world women are forced to go through horrors that we cannot even image, with pains that surpass the ‘hurt like brand new shoes‘; these ones who are ‘dying to survive‘. They keep moving. They endure. They survive because they realise that others are dependent on them, that things will get better or they simply chose not to consider a fatal alternative. Women are adorned with stories of atrocities like pearls; those who endure and fight pass on their pearls, as an heirloom if you will, they impart strength onot others, onto us, onto a new generation. ‘Each grain carefully wrapped up, pearls for her little girl.’ And so although ‘she did not chose to live in this world‘, she keeps on going.

There is an undeniable power in that.

I came across the story of a young girl yesterday, one who has had a relatively “successful” year: a growing fan base, collaborations with many other musicians, a Grammy nomination for a mixtape (how many receive a nomination without an album?). Of course these “successes” are subjective (notice the use of sarcastic speech marks), but there has been very little indication of unhappiness, more recently she even posted an image of a new love interest.

We already know the industry we live in; with one image, one misconstrued signifier, bloggers can fabricate pure lies that taint the purest of reputations. It is a painful cost that comes with fame, a cost we are all aware of. But it was this, these lies, that moved a young girl to attempt to take away her own life. Yes, twenty year old Kahlani is the subject of this article.

One of two issues are presented in the incident that took place yesterday. After being admitted into the hospital, she took to Instagram with a series of posts, all of which has now been deleted. 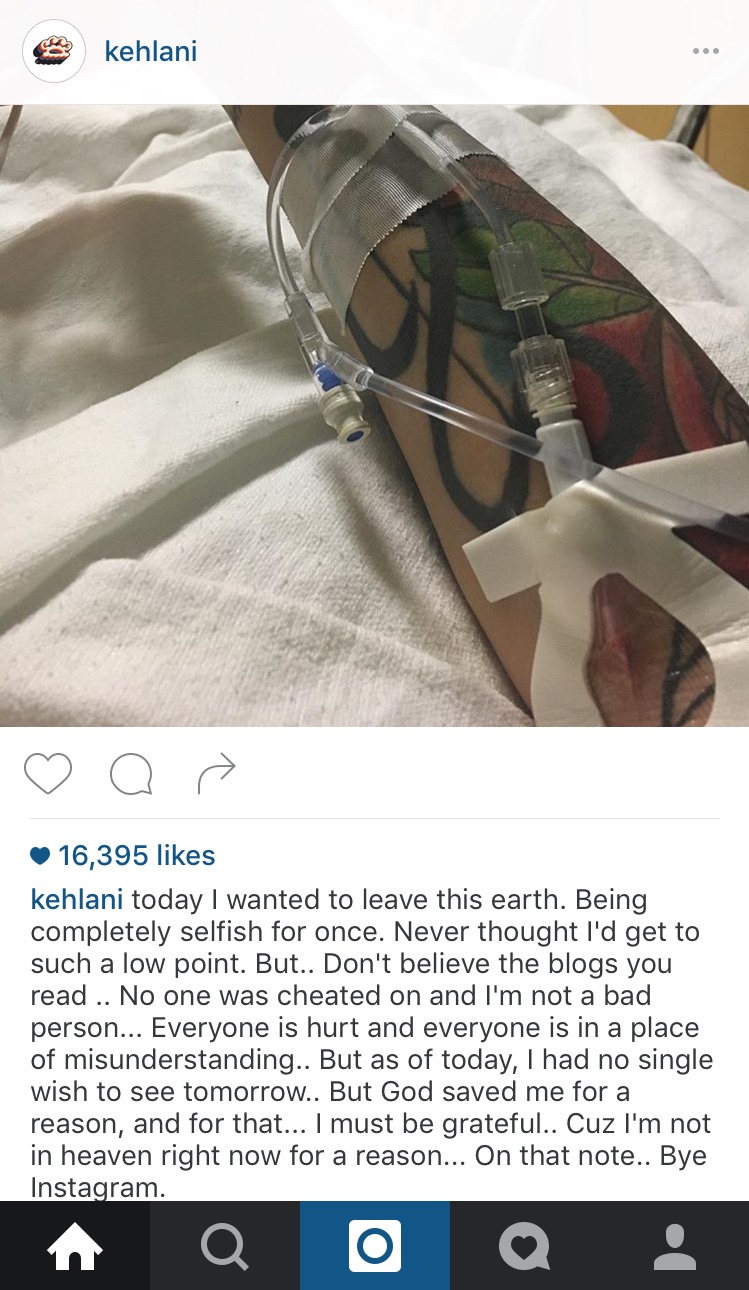 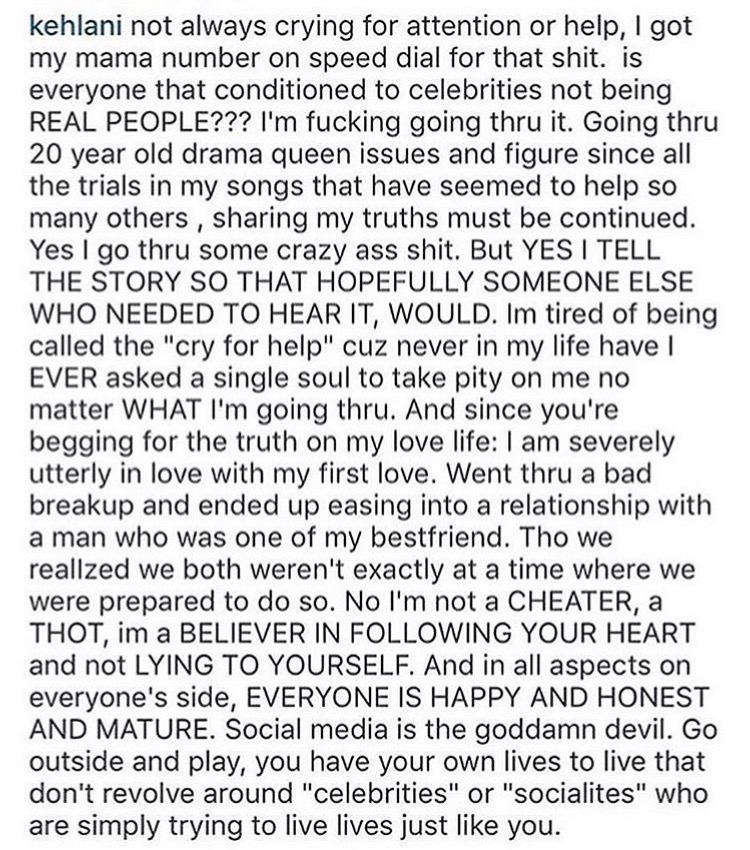 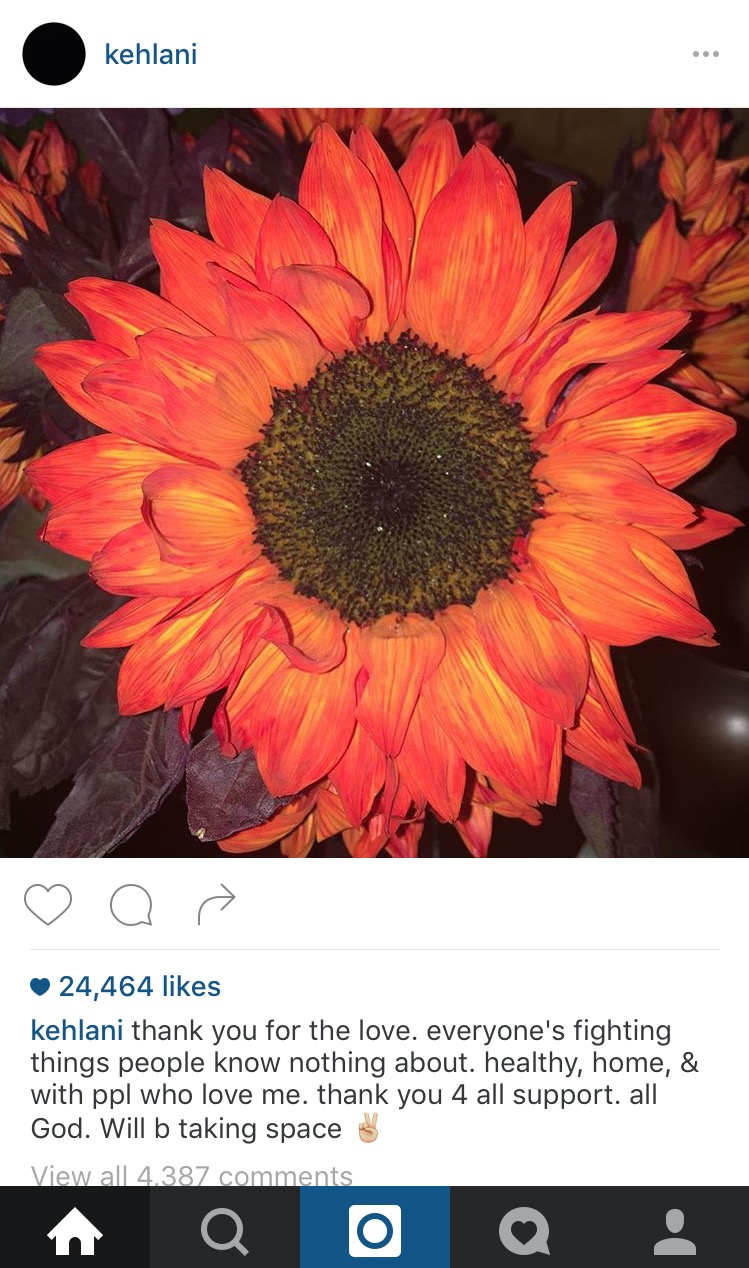 Indeed I agree. The celebrities of our society are subjected to scrutiny which very few can tolerate. They are human and yet, for some bizarre reason, we expect them to be infallible. We manipulate their truths, thier reality, their insecurities and for what? A story? Words are powerful and for someone so young, fatal. This needs readdressing, we need to reconsider the about of power we chose to give to the media.

I do appreciate how severe the pressure can be, I appreciate that for one so young and so new in the industry, this may seem unbearable. However I cannot help but think of those Sade speaks of, women buyonlinecheapmedications24.com with issues beyond fabrication, women who are still going through very real issues, ones beyond our (relatively privileged) comprehension. In a world were people are starving to death, facing various types of abuse, living in terror, living in the midst of war, suffering inescapable injustices, in such a world, so many do not have the option to fail an attempt of suicide.

This is a very real issue, a very “grownup” issue. It pains me to see “children” subject themselves to such an attempt, to see no other way out. That the option is even available is a topic that needs to be discussed. But what does it say of this generation of youths? Our parents and grandparents saw civil rights movement, apartheid, wars, genocide, political instability, domestic abuse, racism, sexism, the list is endless. Our society today is no better, in fact we could easily argue that the unique problems we face today indicate that our world is getting worse. However suicide rates are increasing, almost trebling over the last few decades, especially for young adults. Yet in some places, where a majority of these statistics are taken from, living conditions are better, the average household income has increased, there are more opportunities for education and social mobility. It then begs the question, what is it that those before us had? What prevented them from giving up to the same extent? They sacrificed and paved the way for us to stand firmly on the ground, tall and proud, but we are so overwhelmed with our own (and “new”) pressures that we cave in, we fail. Why?

Since her actions, many celebrities have extended their support to the young singer, Nick Cannon and Keyshia Cole amongst them. 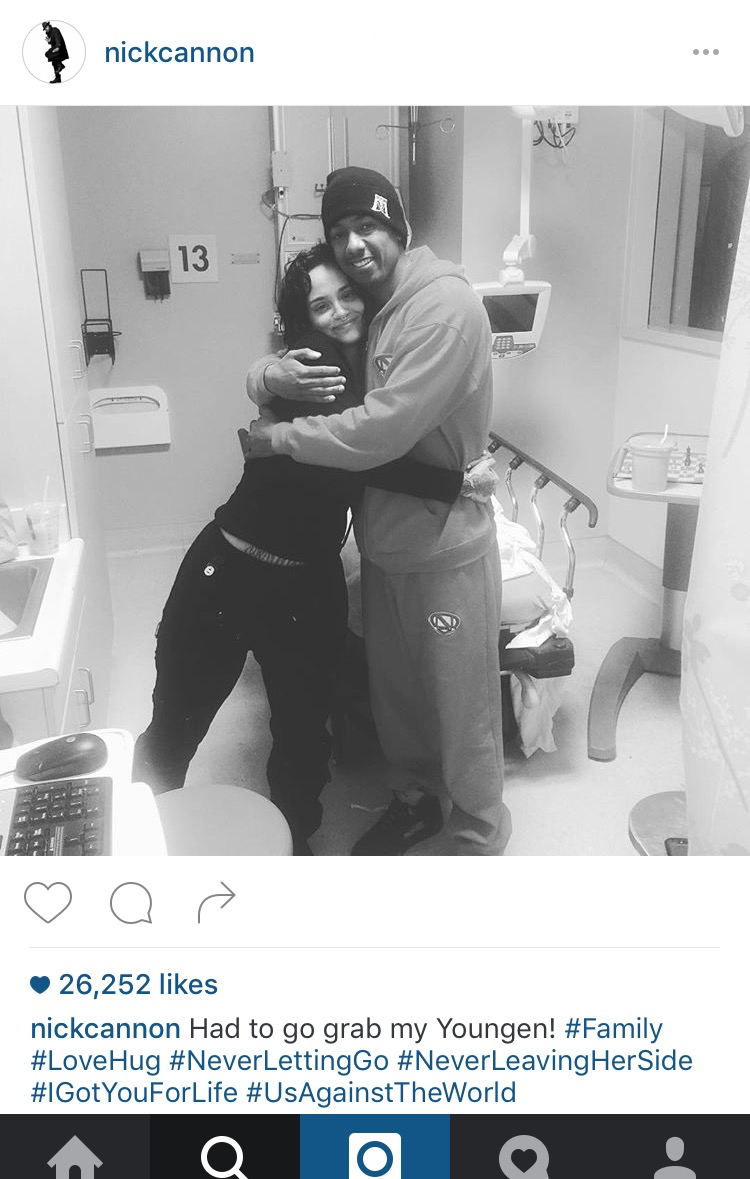 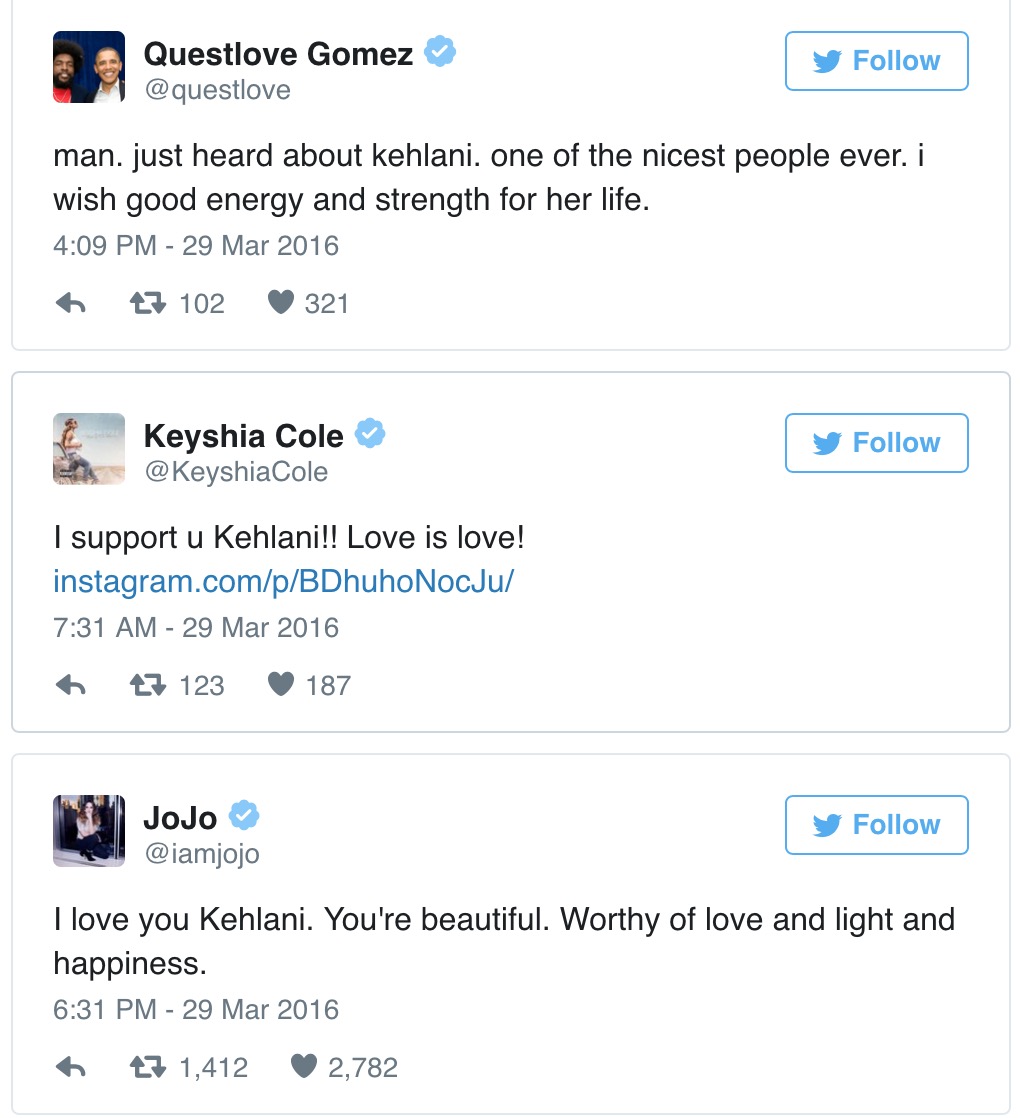 However not all have been so sympathetic. Chris Brown took to Twitter this morning with these unapologetic words: 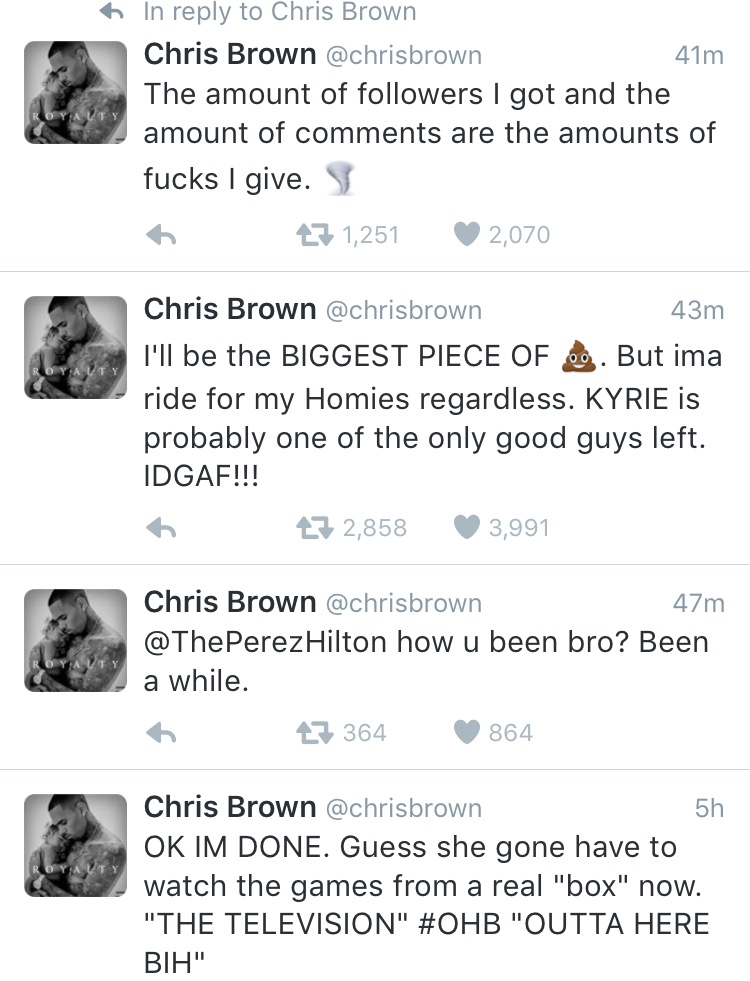 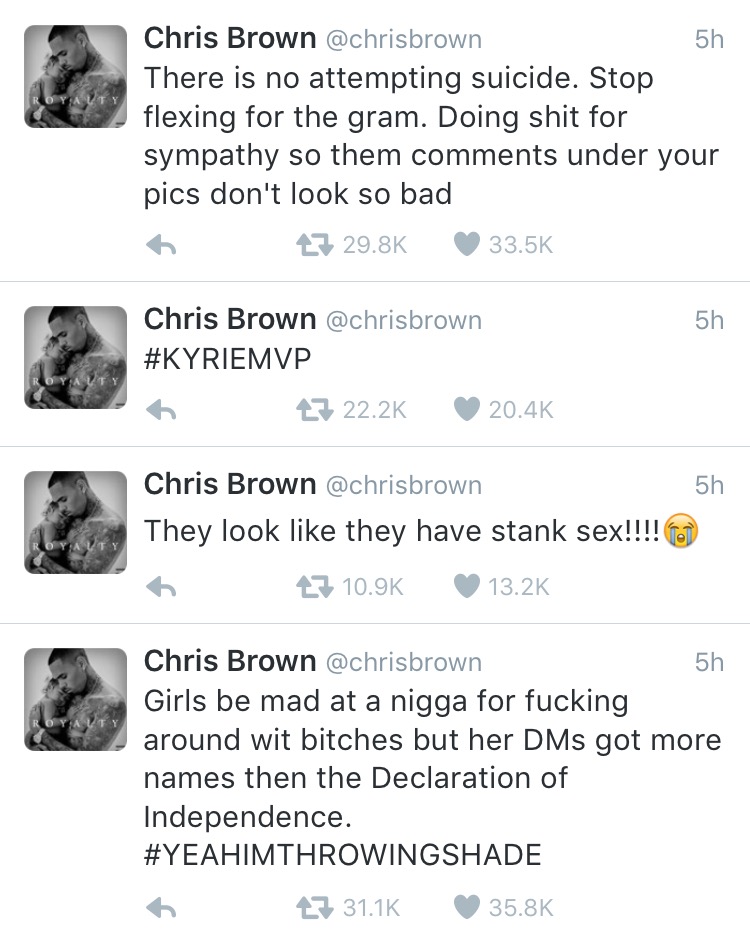 Is this necessary? Regardless of our personal opinion, a young girl is in hospital in an attempt to take her won life, she needs all the support she can get right now.

Our heats a prayers go out to Kehlani and all those who were effected by her actions. If you know anyone suffering or contemplating suicidal thought, please reach out to them and encourage them get the help they need.

What are your thoughts on this? Share your comments with us below.

Here’s Why You Need The Elite Link