The queen of pop Rihanna has announced that she will not be playing her scheduled show tonight in Nice, France following the horrific attack which happened earlier today.

The singer shared a picture on Instagram sending her respects to those who tragically lost their lives in the attack earlier today. 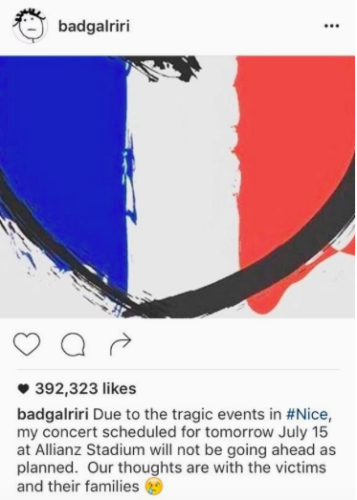 Rihanna was scheduled to play in the city as part of the European leg of her ‘ANTI world tour’. Although Riri was staying in the city, she was unharmed in the attack.