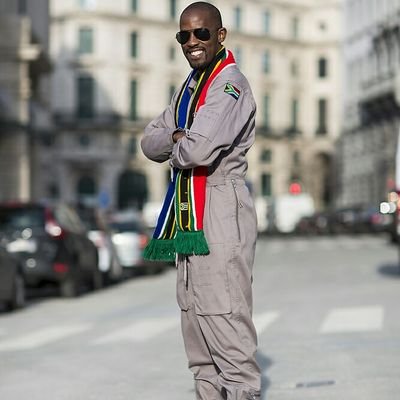 Sad news broke on Sunday night that Mandla Maseko, the South African who was one of the lucky 23 chosen to go on a Sub-orbital trip in space, was killed in a motorbike accident.

Beating millions in 2014 to the limited seating aboard the Axe Apollo Space Academy 1-hour trip to space, Mandla who was nicknamed Spaceboy by beloved South Africans, didn’t get to realise his dreams as it was reported that he passed in the late hours of Saturday in a tragic bike accident.

The 30-year-old Soshanguve man went on to train as a private pilot and became a corporal with the SANDF.

“He was a larger than life figure. We are all still reeling at the moment. We are very distraught because most people only found out this morning. It is still very hard, painful and tragic,” his business manager and close friend Sthembile Shabangu told News24.

Tragically it feels like Maseko predicted the end as he tweeted about the dangers of being on a motorbike in traffic on January 6th, expressing how he lost a friend due to failed road safety.

Maybe if u signal before changing lanes, we would see u from far. But when you don’t signal, that’s when u hit us. And it ain’t nice being a biker having to swerve away from such. I lost a friend because of such acts 👇🏽👇🏽👇🏽 pic.twitter.com/Ka2KhbvWC8

Shabangu said that even though Maseko did not end up going to space, he would have wanted his hope to spread.