American singer, Solange Knowles is going to be releasing her new album called ‘A Seat at the Table‘ on Friday 30 September. Some artists that will feature on the album include Kelly Rowland, Lil Wayne, Nia Andrews. Solange describes A Seat At The Table as “a project on identity, empowerment, independence, grief and healing.” 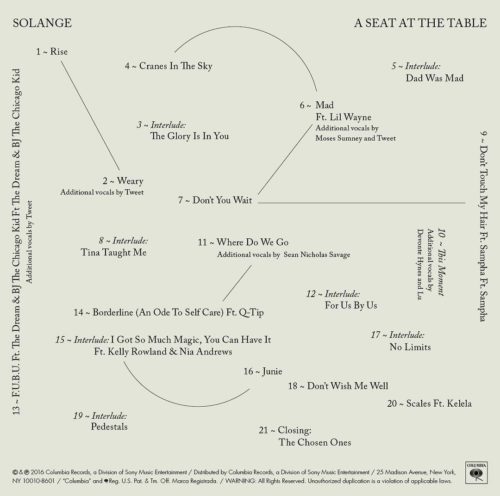 Coming along with album is a digital book also titled A Seat at the Table which is available to look through now at SolangeMusic.

Will you be downloading the album this Friday Glam Squad?

Adekunle Gold Is Preparing Us For ‘About 30’, See Scenes From Listening Experience In London

Nigerian singer and songwriter, Simi is out with her debut album “Simisola”