Time to find out if your favourite celebrity is as famous and influential as you think. Time Magazine just released their annual list of 100 Most Influential People. 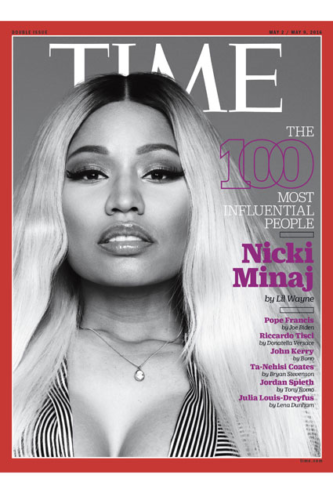 ”I would tell women starting out in business, if you know you’re great at what you do, don’t ever be ashamed to ask for the top dollar in your field, If I’m great at what I do, I can’t be denied. Some things may be overlooked but no one can deny my brand, and that’s the words of wisdom I would give to other young women.”