The Aphrican Ape, aka Dami Olatunde, is a Nigerian comedian who has is becoming a social media sensation showcasing the everyday norms of African traditions and parents in the best way – through comedy.

When your mom sweetens her testimony JUST A LITTLE BIT! ????????

Still on the matter…mother in law problems! 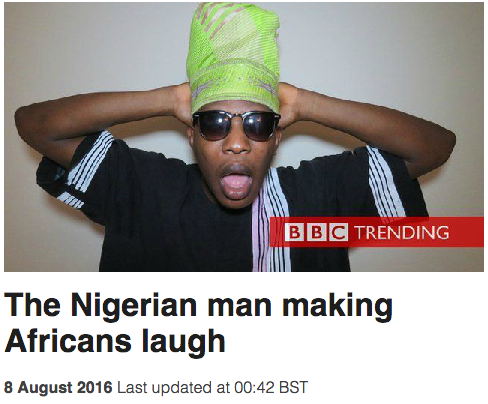 His videos are exclusively on his Instagram page, which he says in an interview with Pulse Africa is because he has always used Instagram videos, ever since it was introduced in 2013, and as since it was popular then, and still is, he has no reason to use any other platform, especially considering his fan base which originated here. However, when his ideas are bigger than 15 seconds, he will edit longer versions on his Facebook and YouTube pages.

With his relatable and funny reenactments of African parents and their traditional behaviours, we don’t see why he won’t get bigger and better this year alone. Follow his Instagram from new daily and weekly content HERE