More and more Black women are becoming entrepreneurs globally but investment in their businesses is not increasing in direct proportion to their activity. For example, In the US Since 2009, out of the $424.7 billion raised in total tech venture capital funding only .0006% was given to Black female founders. Project Diane 2018*. The impact of this could be seen as a barrier but asides from lack of investments, there is still a knowledge gap that needs to be addressed for Black women and women of color around the world.  Coleen Otero hopes to bridge this gap with the CEO Chicks Network bringing the United States brand to London with its first UK event.

After years of searching for resources, information and affordable business coaching Coleen Otero found herself building a Facebook online community called Get it Girls (GIG) in 2012. In the midst of recovering from the recession, after losing her business and assets, Coleen found herself at her lowest point, but with a determination to rebuild she placed a focus on her faith and GIG community. As time progressed she noticed more and more women with an entrepreneurial spirit like hers began reaching out for advice on how to build and grow their businesses. In 2015 Coleen designed her first CEO Chick T-Shirt for her GIG Community and sold out immediately, shortly thereafter she changed the name of the group to CEO Chicks and the brand was born.

“Technology affords us as women the opportunity to grow our businesses without geographical boundaries. We can go global!” – Coleen Otero

With a focus on building content and community for female CEOs through online courses, one on one coaching, group coaching and live events, Coleen and her team have reached thousands and impacted hundreds with their diverse platform.  By launching in London in September 2019, Coleen is hoping to not only inspire but activate women entrepreneurs in a way that has not been done before. Giving delegates practical advice on how they can become business leaders and successful CEOs in their chosen fields. 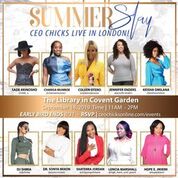 CEO Chicks focuses on action points and not shortcuts to success, by building a network which empowers Black women and women of color the imbalance of investment and growth across all sectors can be addressed.  In the UK, businesses run by Black and minority ethnic (BME) entrepreneurs contribute between £25-£32 billion annually to the economy (Economic and Social Research Council 2015). These figures did not factor in how much the women in this cross section of society are contributing to the economy but the UK is certainly lagging behind the US. 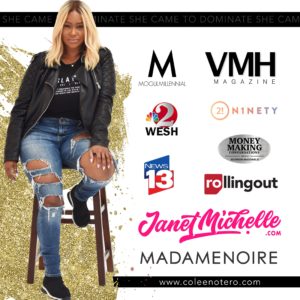 Dreams come true! Drake replies Nigerian Fan on Instagram: “I am flying you to a show ASAP!