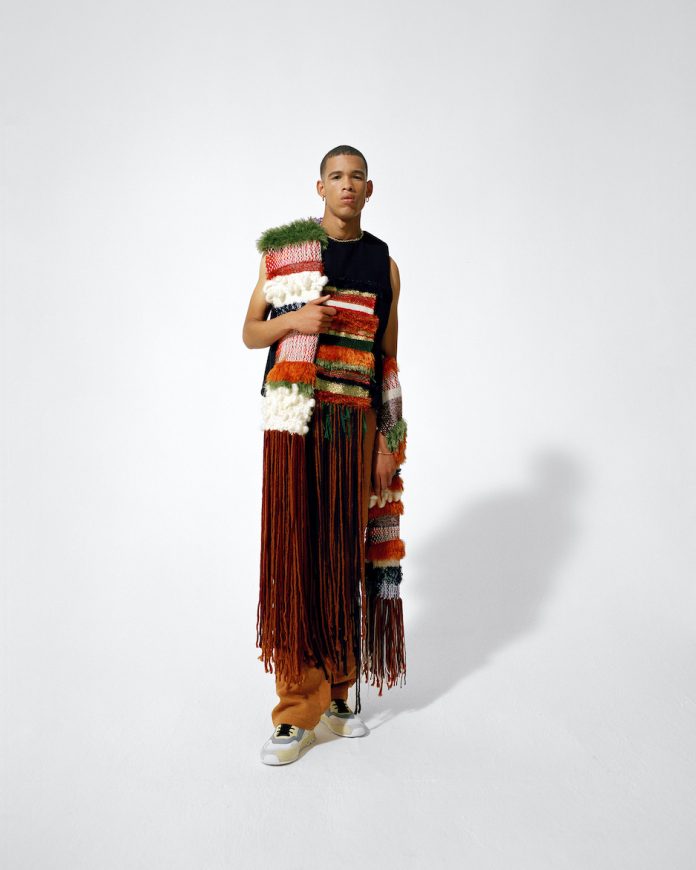 Lukhanyo Mdingi is one of South Africa’s best designers. He sits comfortably within the cohort of young designers to emerge from the country in the past 5 years who have taken the global fashion landscape by storm, with contemporaries such as Thebe Magugu and Rich Mnisi immediately springing to mind. Another contemporary and close friend of Lukhanyo was Nicholas Coutts, a designer who was no less gifted and innovative. Sadly, Nicholas’ promising career was cut short when he died tragically in 2019. 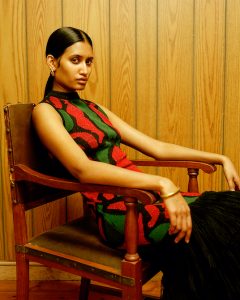 The loss was felt deeply in the South African fashion industry. Still reeling from the pain, Lukhanyo decided to design a collection that would honour and pay homage to his friend. He sought the permission of Nicholas’ family to design a collection that would reference and use the same methods of craftsmanship as Nicholas, including his signature colourful mohair blanket scarves, which Nicholas had been taught how to weave by his mother. Nicholas’ mother would now teach the same weaving technique to Lukhanyo for the purpose of this collection. Such was the collective desire to do good in honouring Nick in this way. 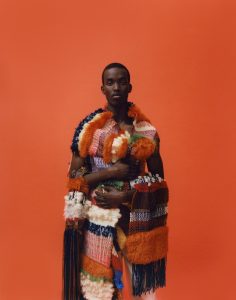 And so it was that the collection debuted at the prestigious menswear showcase that is Pitti Uomo A/W 21 in Florence. Instantly one was able to recognise Nicholas’ influence – here were the multi-coloured scarves offering warm solace; and a colour palette that was exuberant, bright and optimistic, a slight departure from Lukhanyo’s usual sensitivity, which tends to be much more muted and neutral. Knowing both designers and their work, it was very emotional to witness. 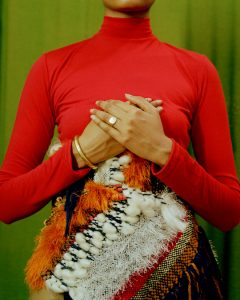 Lukhanyo has said that at times during the process he could hear Nicholas urging him on, as if he was next to him the whole time, and when you look at the collection it certainly feels that way. The designer produced a collection like a man possessed: many parts Coutts, but retaining a femininity, softness and lushness that is unmistakably Lukhanyo Mdingi. What more could we ask for than a collection that incorporates parts of two of the most wonderful and talented young designers? One better – a complete fusion of the two.

Meet Marian Kwei, the Black British Stylist who hails from Ghana that you ought to know