Award season is with us for another year, can you believe how quickly it has come around? But yet again, for another year, the The Academy Awards has failed to nominate a diverse range of actors for the Oscars acting categories. It cannot possibly be for a lack of options, with movies such as Creed, Straight Out of Compton, Beast of No Nation, just to mention a few.

This has not gone unnoticed by the acting community. Actors from Lupita Nyong’o to George Cloonie have spoken out about this ‘[move] in the wrong direction‘, especially in view of the controversy over the lack of diversity currently engulfing the nation. Idris Elba even took on the Houses of Parliament this week to speak out about this lack of diversity within the UK. 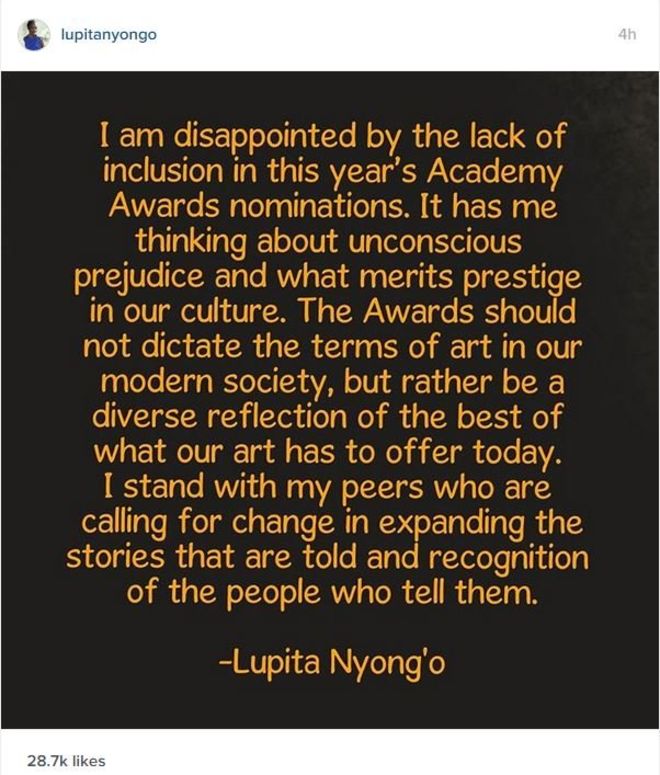 However a further call for action has been demanded from the likes of Spike Lee and Jada Pinkett Smith, inciting comments and debates throughout social media. 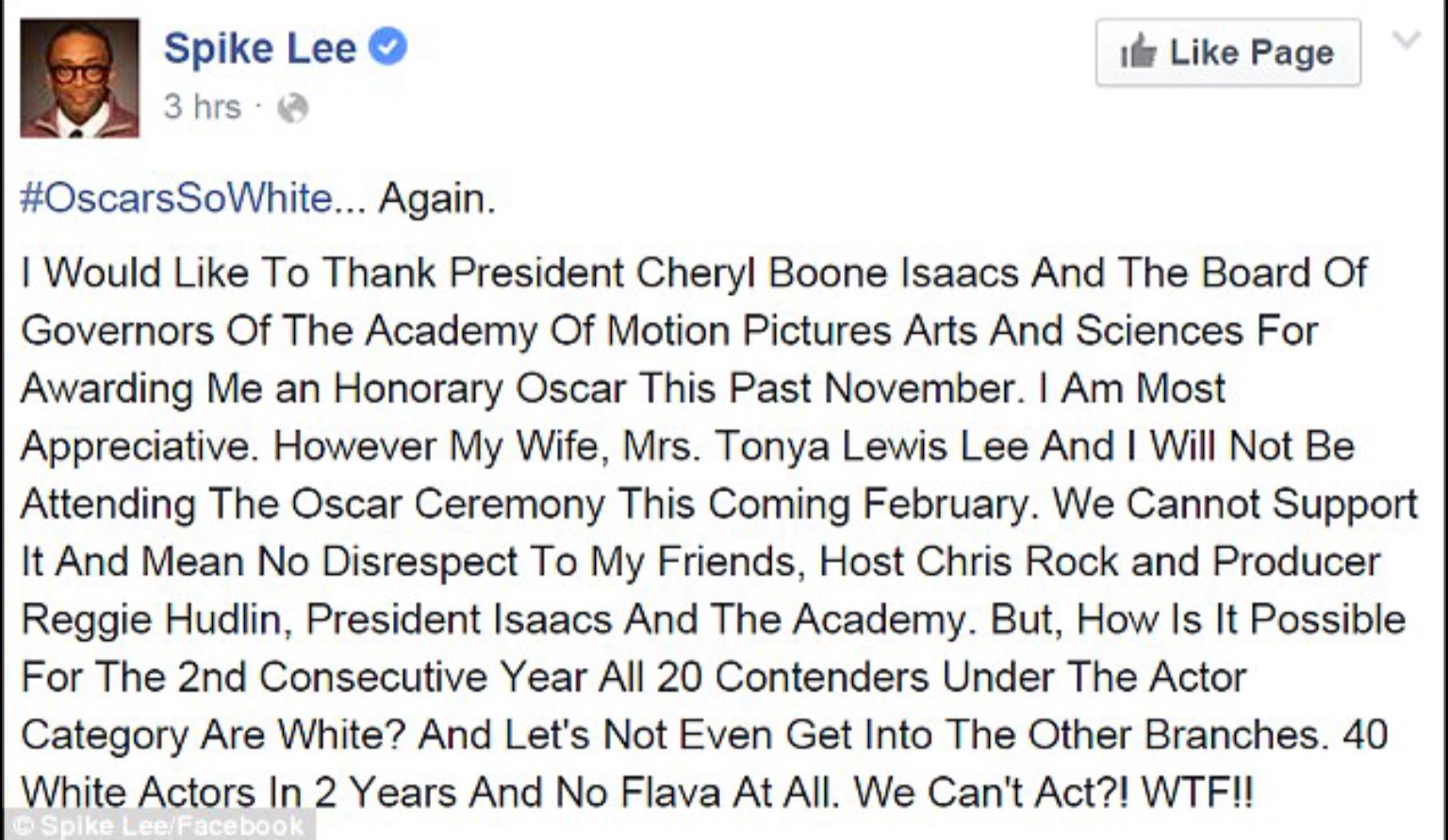 This call for action does indeed put this year’s Oscars host, Chris Rock, in an uncomfortable position. What does he have to say about it? In true Rock fashion his only comment thus far has been through this comedic tweet.

Join in on the debate. What do you guys think? Should he, and others (including ourselves) boycott the awards, refusing even to watch it? Would it bring about the change we are so earnestly seeking? Have we not been forced into having this discussion one too many times?