The 2018 Grammys is over living us with that will be hard to forget, we will talk about it everywhere we go because that’s what caught most people’s attention in this case from the red carpet.

2018 can officially be declared us the year the big stars of the various industries around the world are saying let’s put a stop to harassment in the showbiz, keep it pure and holy for the next generation.

The stars owned that thought perfectly in their minds and represented themselves on the red carpet with the symbolic white roses. Now, we took a look around to find out which of the stars brought a different kind of A-game in terms of style for the night. Janelle Monae, Eve and Ashanti gave us the uniqueness in fashion. 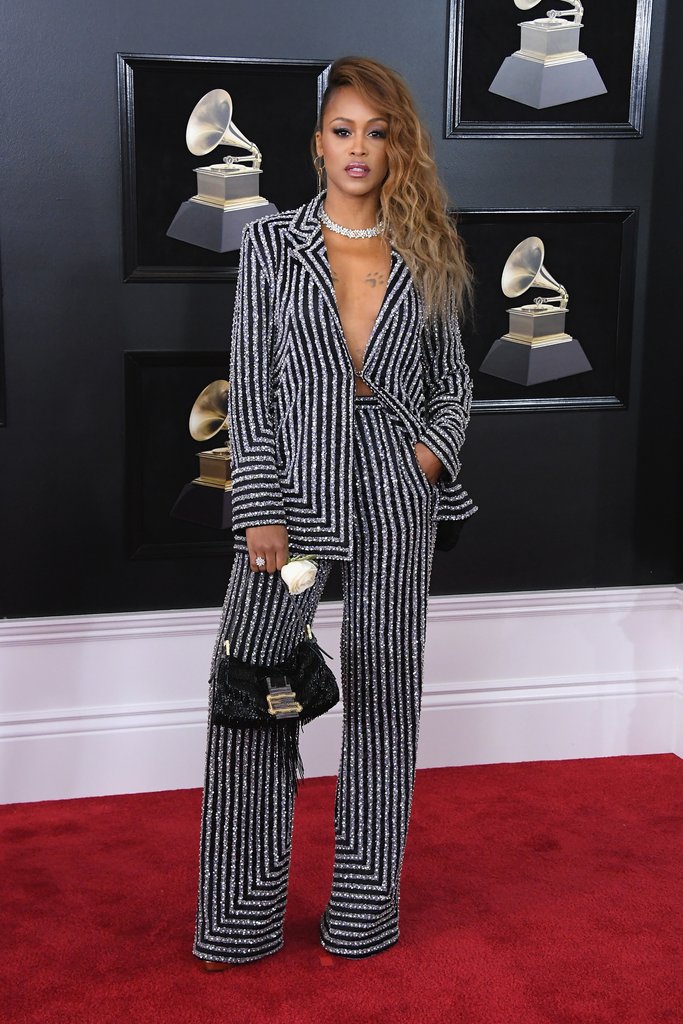