Aduke Shitta-Bey is easily one of the most recognisable faces in the Nigerian fashion and beauty space. The fashionable it-girl and fierce top model has amassed a large social media following over the years and has worked with major brands, including LaQuan Smith, Mac, Deola Sagoe, Mai Atafo, Yves Saint Laurent, Nivea and numerous others.

Now, Aduke is taking her passion to the next level and grabbing a hold of the creative reigns. Having starred in hundreds (if not thousands) of photoshoots, Aduke is making her creative directorial debut in a new photo series which is sure to turn heads across the bloggosphere.

“I decided to call this project ‘CARNATION’,” Aduke, who also styled the shoot, tells Glam Africa. “I named it after my favourite flower, which symbolises pure love, admiration and deep affection – the deep affection I have for my art and my craft.”

“I love being able to bring my visions to life from scratch,” Aduke continues. “I’m thankful to have fellow creatives who I align with who see my vision.”

See more striking photos from Carnation by Aduke Shitta-Bey below: 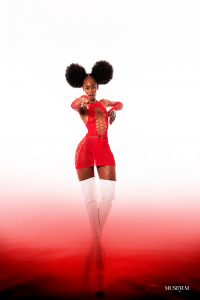 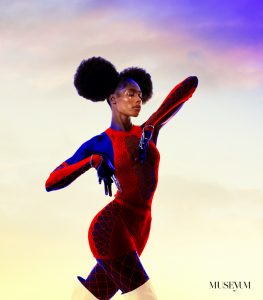 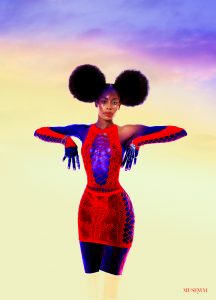