February is a big month for local content on Netflix!

This month, Queen Sono, Africa’s first script to screen production will be premiering on Netflix on the 28th of February. Pearl Thusi stars in the title role as an unconventional spy working for an undercover South African agency devoted to protecting the people of Africa. 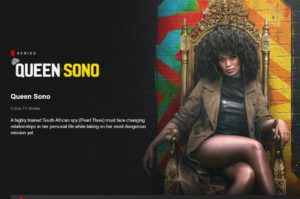 Also coming to the small screen this month is the highly anticipated To All the Boys: P.S. I Still Love You: 2/12/2020 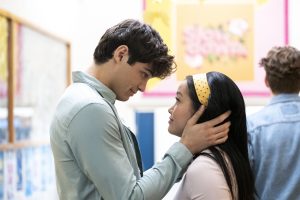 It’s a new year and Lara Jean (Lana Condor) and Peter (Noah Centineo) are no longer pretending to be a couple.
They ARE a couple. And, as Lara Jean navigates a trove of official firsts with Peter — her first real kiss, her first real date, her first Valentine’s Day — she finds herself leaning more on Kitty and Margot (Anna Cathcart and Janel Parrish), Chris (Madeleine Arthur), and an unexpected new confidant, Stormy (Holland Taylor), to help her manage the complex emotions that come with this new chapter of balancing a relationship and figuring out her authentic self.
But when John Ambrose (Jordan Fisher), another recipient of one of Lara Jean’s old love letters, enters her life again she must rely on herself more than ever as she’s confronted with her first real dilemma: Can a girl be in love with two boys at once?

After their father is murdered under mysterious circumstances, the three Locke siblings and their mother move into their ancestral home, Keyhouse, which they discover is full of magical keys that may be connected to their father’s death. 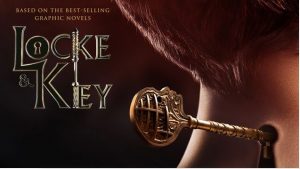 As the Locke children explore the different keys and their unique powers, a mysterious demon awakens — and will stop at nothing to steal them. From Carlton Cuse (Lost, Bates Motel) and Meredith Averill (The Haunting of Hill House), Locke & Key is a coming-of-age mystery about love, loss, and the unshakable bonds that define family.

Locke and Key on Netflix is the long-awaited television adaptation of the best-selling comic book series by Joe Hill and Gabriel Rodriguez for IDW comics.