A few of us might have heard the name Bonj in the music scene in South Africa, Known in private life as Bongiwe Mpanza. The singer has been working on her act over the years before becoming the newest solo force to reckoned with.

Bonj used to be part of the South African band, The City climbing big stages and performing with some of the household names in the country like Mafikizolo, Zonke, to mention but a few.

Here’s one of her songs, in case you haven’t listened to her songs before.

Since going solo, Bonj brand shot up within a shortest possible time even though not many have heard of her works in other parts of the continent, she is working to spread her works to those places.

The biggest add-on to her music career in recent times is the announcement by English record-breaking singer, Sam Smith as opening act for ”The Thrill Of It All’ music tour of South Africa. That’s a great feat! 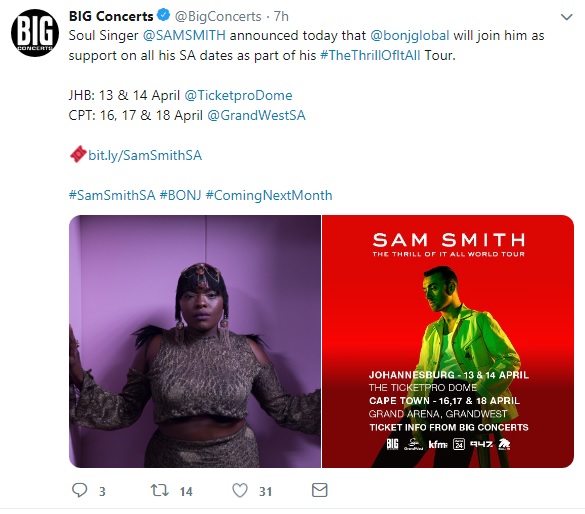