We are officially in love with John Boyega, clearly he doesn’t take himself too serious. Last night he posted a video which shows him breaking some serious dance moves at Primo Bar, London while dancing to King Cas a.k.a Caspian. When asked on twitter a few hours later about his favourite King Cas song, he responded

Quite impressive moves for a Storm trooper.

Just last month during the Bafta’s 2015 Britannia Awards, the 23 year old actor told the cameras about the time he took 73 year old American actor, Harrison Ford, for dinner in Peckham. He said;

“I took him to a Nigerian restaurant in south east London, he walked up into that place like he was Nigerian,”

This is what happens when I go to a @iamkingcas show. I couldn’t just stand in the audience *sigh* Thank you to @parkplaza for hosting such a great event. @mikelameen next! #Thehathelpedwithspins #firstorderdanceclub 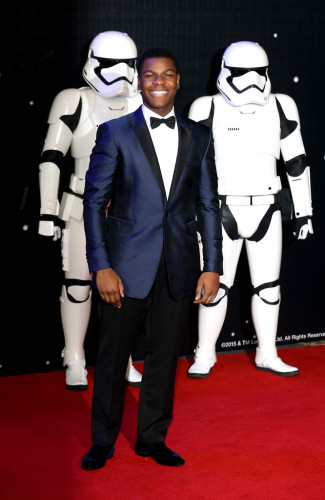 Lupita Nyong’o, John Boyega Featured In The Star Wars: The Rise of Skywalker