The Association Afro Fashion is proud to announce the winner of the first
edition of Afro Fashion Week Talents, a digital event which saw 24
designers across the globe inspired by African colours fighting with a ”
like” after the other on Facebook.

Founded by Cameronian Michelle Francine Ngonmo in Milan, Italy last year, the Afro Fashion Week’s aim is to spread the beauty, stories and power of afro style in Italy. AFWTalent is an online based competition which takes place on Afo Fashion’s fan page ‘Afro Fashion Week Milan’. The contest consists of compiling Afro Fashion’s favourite designs from 52 designers all over Italy showcased on the catwalk, and with a simple post on their Facebook, the semi-finalists goes through depending on how many likes they receive from fans of their designs over the course of 7 days. From the 15 that remained this process was repeated twice until condensed to 5.

Some of the artful creations we saw on the runway: 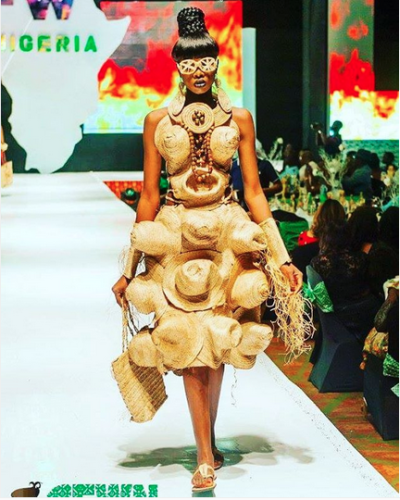 After another frantic 7 days, the undisputed winner announced on Tuesday 9th August 2017, which is designer Genevieve Ahegbebu, Founder of the brand Stitches By Gem from Ghana. 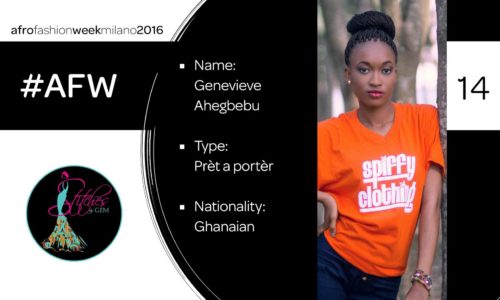 In an interview with the winner of AFWTalent:

Genevieve, what inspired you to apply to AFWTalents 2016?

What message do you have for all the fans who followed and voted for you from entry to the
finals?
I cannot thank them enough for the love they had shown. It was overwhelming and I pray
God bless them all for this.

What are your future plans for Stitches by Gem?

To create a niche in the fashion industry and provide nothing but the best.

Genevieve will showcase her next collection during Afro Fashion Week Milano 2017.

Ankara Prints Inspo you should totally check out