If you could write to any woman, dead or alive, who would it be? I was recently asked this question and I had to take a moment to think.

This morning Penguin Random House released a beautiful set of postcards celebrating the achievements of fifty extraordinary women through history. This set follows the success of the Good Night Stories for Rebel Girls and many of the women who appear in this book can be found in the postcards. Each card has a beautiful illustration and the front and then a brief bio about the woman, her work and where she was/is from.

Who are these women? Do you know them? Are you familiar with their work?

Along with the Rebel Girls Postcards comes the #WriteToARebel social media campaign. And so again comes the question, if you could write to a “rebel” woman, who would it be?

My answer to this question comes from a seminar I took at the beginning of this year. I enrolled on to a module called Writing South Africa. During this twelve week course, I found my new favourite book, The Cry of Winnie Mandela by Njabulo Ndebele. 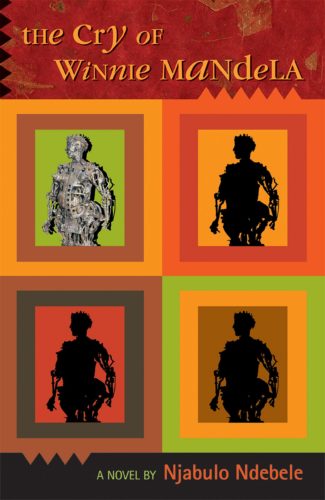 Overshadowing this text is the figure of Penelope from Ancient Greek mythology. Ndebele mirrors her story with that of Winnie Mandela, evoking the sense of ibandla labafazi abalindile, a gathering of waiting women through the text. Reading this book led me into thinking of other matriarchs of African history and which mythological figure I could compare them to.

Hanging in my childhood home is the figure of Yaa Asantewaa. If I could write to a female rebel it would be her. Like Ndebele, I also tried to parallel her with a figure of Greek mythology. Perhaps it should be Artemis, the Greek goddess of the hunt. Or possibly Atlanta, a mortal heroine in Greek Mythology.

To my delight, she is also featured in the Rebel Girls collection of postcards. Her inscription is as follows:

The Ashanti people revered their Golden Stool, a holy throne they believed descended from the sky. When the British tried to take it, their Queen Mother Yaa led 5,000 of her people into war so they could keep their independence.

And so now I ask you, if you could write to a rebel woman, who would it be and why?

You can find out more about the postcards and purchase them here.

CHIMAMANDA NGOZI ADICHIE: WHY YOU SHOULD ADD HER BOOKS TO YOUR SHELF TODAY